My Place - The Arrival of Lily Curtis by Rachel Brimble

October 23, 2011
When Cathie asked me to kick off her “My Place” of guest blog posts, I was thrilled! I love sharing information about the setting for my Victorian historical, ‘The Arrival of Lily Curtis’ and where it all began.
I write contemporary and historical but my historicals will always be set in the famous Georgian City of Bath because it is literally at my doorstep. I can go there as often as I want, when I want with little expense and a wealth of history at my fingertips.
Let me tell you about ‘Lily’… 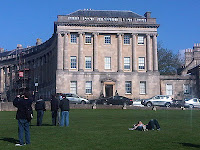 My Place - Bath / Lucknam Park:
The idea for the story all started when I was treated to afternoon tea at the beautiful stately home of Lucknam Park in Colerne, one of the many surrounding villages outside Bath.
As soon as my mum and I walked into this amazing house, I knew I had found the home of my next hero, who eventually became Viscount Andrew Westrop. We had a gorgeous tea of dainty sandwiches, cream cakes and tartlets while sitting in an immaculate late 17th century drawing room overlooking the stunning estate gardens. I didn’t want to leave.
As soon as I arrived home, I made as many notes as I could, my mind whirling with images of dancing and dining, gossip and chit-chat. Lucknam Park became Cotswold Hall. Andrew’s home came alive and before I knew it I had found my next novel.
Most of the book takes place in this house but the characters do travel to Bath several times where I had the chance to research some of the most famous and envied places in the world. 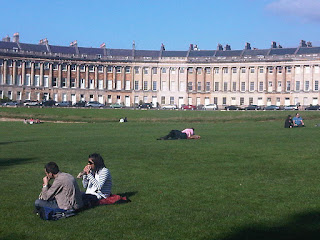 Lily and Andrew travel over Pulteney Bridge, through Royal Crescent and spent time in the picturesque and wonderful Royal Victoria Park. If you ever come to the UK, please take some time from London to visit Bath. You won’t be disappointed. All these pictures are from my personal collection but nothing compares to seeing them first hand. Enjoy!
Blurb: 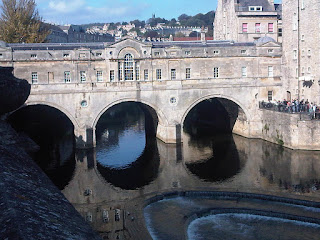 At the mention of an arranged marriage, Elizabeth Caughley feels her life is over at the age of three and twenty….so she hatches an escape plan.  She will reinvent herself as a housemaid.  Overnight, Elizabeth becomes Lily…
Viscount Westrop wants nothing more than his legacy to be passed to his own son one day.  Even though he feels insurmountable pity for the unborn child already, he knows how much pain a broken promise can cause and will do what is right.  But with the arrival of his new housemaid, his plans are thrown into disarray.  Lily is funny, feisty and the most beautiful creature on earth – Andrew is thunderstruck.  But if anyone suspects how much he wants to ravish her and endlessly love her, Andrew’s lineage will be in peril.  And he cannot let that happen…
Excerpt:
“Will you dance with me, Lily?”
“Dance?  But we cannot…”  Relief, or maybe disappointment, slumped her shoulders and she threw a hesitant look in the direction of the house.  “If someone were to come looking for us…”  But then he propelled her into his arms with one sharp yank of his wrist.
Her breath caught and laughter bubbled in her throat as he flashed her a cheeky grin and pulled her firmly against his chest.  “Come now, Miss Curtis, at least do me the honour of dancing a waltz with me on this beautiful night.”
“A waltz?  But I couldn’t possibly…”
“What?  Is it too scandalous? Too risqué for your faint heart?” he asked, wriggling his eyebrows suggestively.
She tipped her head back and laughed, suddenly caught up in his drunken rebuff of status and decorum.
“For me, sir?  Never!” she declared.
He grinned.  “Then listen to the music, fair lady.  Let its enchantment work its way into your soul until you have no choice but to move with me as though we are one.”
Closing her eyes, Lily let her ears attune to the gentle muted melody coming from the house.  Mozart’s harmonious flute and violin duo swept and dipped along on the breeze, snaking its way into her limbs and heart.  Opening her eyes, she gracefully declined her head and yielded to his challenge.  He took her in his arms and they mirrored each other’s feet perfectly without word or instruction.
Pressed so close to him, with his hand placed protectively at the base of her spine, Lily moulded into the heat of his body.  The feel of her flattened breasts against the firmness of his chest aroused something so erotic, so primal inside of her she didn’t know whether to be scared or delighted by it.  Heat seared her cheeks as she forced herself to meet his eyes.  His own gaze shone.
Carefree and devoid of the anger and frustration, her heart leapt to see him so happy.  He swept her around and around the limited space beneath the canopy of trees surrounding them.  This was the antithesis of the man who so frequently seemed to want to escape Cotswold Hall, galloping away on his horse as though a raging fire chased him.
Links:
The Arrival of Lily Curtis at The Wild Rose Press
Rachel Brimble
Rachel Brimble Romance Blog
Rachel Brimble Twitter 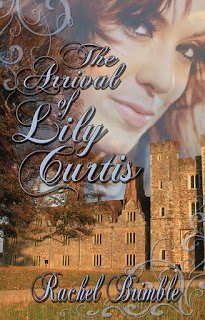