Let's hear it from Christina!


I’m Christina Courtenay and I write historical romance, often with a hint of the Far East.  Although born in England, I have a Swedish mother and was brought up in Sweden.  I’m a member of the Romantic Novelists’ Association and currently their vice chairman.  Highland Storms is my third novel with the publisher Choc Lit. My debut, Trade Winds (prequel to Highland Storms), was short listed for the Romantic Novelists’ Association’s Pure Passion Award of Best Historical Fiction 2011. My second novel, The Scarlet Kimono, has just won the Best Historical Fiction award at the Big Red Read awards and is shortlisted for the Festival of Romance Readers Award for Best Historical Read 2011.
As well as novels, I’ve had four Regency novellas published by DC Thomson’s ‘My Weekly Pocket Novel’ series, which subsequently came out in large print with Dales Romance.
My Place: 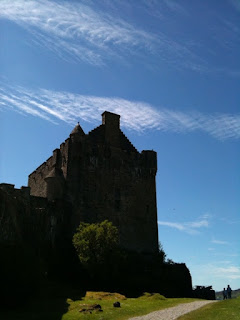 Eilean Donan is probably one of the most photographed castles in the world, according to the official guide book, and certainly in Scotland.  I can well believe it, because you’d have to search hard for a more romantic looking castle!  Built on a small island and reached via a picturesque bridge, it’s situated amidst spectacular scenery with a sea loch and mountains all around it.  The drive through the Highlands to reach it is amazing in itself, but as you approach the castle along a small winding road next to the loch, the view of it suddenly appears round a bend and absolutely takes your breath away.  If, like me, you’re lucky enough to visit on a sunny day when the loch is calm, it’s simply perfect.
The hero of my novel Highland Storms returns to Scotland from Sweden, where he and his family have been living since the end of the Jacobite rebellion.  He has inherited his father’s Scottish estate and when he comes of age, he goes to take over the running of it.  I imagined it as a small castle next to a loch at the heart of a long strath, and when I needed a real castle to base the fictional one on, there was no doubt in my mind that it had to be Eilean Donan.  I’d wanted to go there for a long time, so it was also a great excuse for visiting at last.
However, although the castle seen from afar is every bit as wonderful as I’d imagined, I have to admit the inside of the building was slightly disappointing.  There has apparently been a castle there for at least eight hundred years, but the one that exists now was largely rebuilt in the early 20th century, so the interior wasn’t as authentic as I would have liked.  Still, authors have imagination and there were plenty of other castles whose interiors I could “borrow”, so I contented myself with using the imposing walls and setting for my novel – I really couldn’t have found anything better! 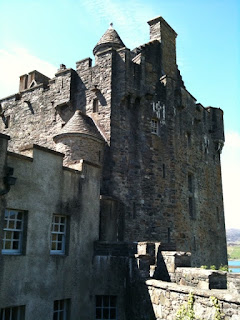 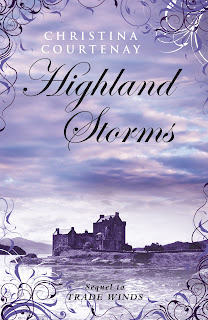