Yes, it was six months ago that my Scottish romantic historical, Highland Arms, was released by The Wild Rose Press. I'm still excited by the fact that I can share Rory and Catriona's story.

Betrayed by her brother’s lies, Catriona MacKenzie is banished from her Edinburgh home to her godmother’s remote manor in the Highlands. While her father ponders her fate, Catriona’s insatiable curiosity leads her straight into trouble--and into the arms of a notorious Highlander.

Five years after an ill-fated Jacobite rebellion, Rory Cameron works as a smuggler to raise money for the cause--until Catriona uncovers a plot against him and exposes his activities. Now Rory is faced with a decision that could save their lives or destroy them both.

Highland Arms is available at Amazon US, Amazon UK, B&N and other electronic outlets.


Today also marks a new era for my new publisher, Crooked Cat Publishing, who are going to publish Dark Deceit in early February. It's their Launch Day!

Join them on their CCP Facebook page or blog for a chance to win a free copy of their first release, Tracy's Hot Mail by T A Belshaw. I've read it - it's hilarious! I was giggling throughout and particularly the scenes when Tracy learns to drive had me in stitches. A fab girlie read! 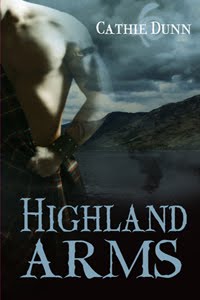