Cathie, thanks so much for inviting me to your blog. I hope we can have some fun today. In the summer of 2010, my first attempt at writing short romance fiction, Those Who Wait, found a home with Decadent Publishing and is available at www.DecadentPublishing.com. After that, I decided to spread my wings and fly with another novella, this one for the Wild Rose Press' Class of '85 series.

Over the years I've had the honor to work at a number of occupations: operating room nurse, malpractice insurance investigator, forensic nurse examiner, victim advocate, wife and mother.


Even if I sometimes wish they'd remain in the closet, the years I spent in the OR and labor floor, and later advocating for victims of sexual violence, contribute significantly to the voice of my writing. You can't spend thirty years playing hand maiden and mind reader for egotistical surgeons, then twelve years haunting police stations, Emergency Rooms, and criminal courts and not come away with a sense of rampant misogyny, overwhelming apathy, and overt bigotry.
I retired my stethoscope and speculum a few years ago but continue to advocate, quietly, for marginalized populations through Amnesty International and Doctors Without Borders.
My Place:
I had the privilege to be one of the authors who created the original outline for Summerville mentioned below which morphed into the Class of 85 series. My own contribution to the series, The List, was released in early 2011. It was great fun and a real learning experience. For those who are interested in learning more about the Class of 85 series can visit The Wild Rose Press.
Creating Summerville:
Several years ago, four authors came together to create an anthology for submission to The Wild Rose Press. The stories were based on five men who return to their hometown twenty-five years after they graduated from high school after one of the five dies suddenly, leaving the surviving four a legacy.
One of the first tasks involved 'inventing' the setting of Summerville, a fictional town in Upstate New York which sits on the shore of Lake Ontario. One of the authors discovered a unique neighborhood within the city of Rochester, then took photographs and brought them to the other three authors. With that, Summerville came to life?n paper that is. Sadly, the anthology never came to fruition but Summerville lives on in The Class of '85, a reunion series for the Last Rose of Summer line.
The formal invitation to the reunion is the 'unifying factor' for the series. With the groundwork for the series already laid, submitting authors tweaked and expanded the town, its inhabitants, and created a number of reunion events. The first 'alum' to make the reunion, Getting It Right, was released in August 2010. Something Special, number 24 and last in the series will be released in February, 2012. 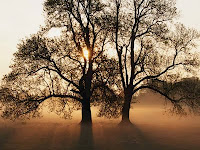 Here's what we came up with:
Summerville, a large town of 25,000, sits on a bluff over-looking Lake Ontario, Queen of the Great Lakes. Water sports are a popular outdoor activity. The area is a busy assignment for the immigration authorities as well as the Coast Guard, Summerville PD  and Bison County Sheriff Department, monitoring illegal entry into the country from Canada and alcohol related marine incidents, such as drinking and boating. There is a large migrant population in this region, working the family-owned farming operations, leaving open a possibility for plots surrounding the work of activists as well as the ongoing problems of illegal immigration and human trafficking.
Higher education:  Summerville College, inaccurately termed “The U” by locals, is a large co-ed liberal arts institution, known for its NCAA Division I lacrosse champs.
Health Care:  The town has a full service hospital which is code red most nights [the ER is full and can only accept major chest or head trauma.] It's in desperate need of health care facilities and urgent care centers to reduce the bottleneck in the ER and residents alternatives for non-emergency care.
Professional Sports: The Hornets are a triple A baseball team. Winners in the 80's and early 90's, the team has gone down the toilet in recent years, mainly due to ownership who doesn't know its bats from their behinds. Whatever the cause, they need a fire lit under their butts. The Red Barons, part of the Buffalo Sabres NHL hockey system.
Law Enforcement/Legal System: The former school bully is now the Chief of Police. One of his former victims is the County Sheriff. Another former bad boy now advocates for victims of school bullies and non-responsive school systems. Several of the stories feature past 'victims' who return to claim their place in the sun and wreak havoc on those who took advantage of them.
1985 Alumni include:
Two prime time network news anchors/reporters
A retired rock star
A two-time Pulitzer Prize winner known for exposing human rights abuses, genocide and ethnic cleansing around the world.
A world famous fashion photographer
A modeling agent who features large size and 'mature' models, male and female
A mega-millionaire computer geek, ala Bill Gates
An award winning author/illustrator of children's books.
A Hollywood actor on the caliber of Brad Pitt, known for his work in action films.
A philanthropist [now deceased] whose legacy continues to benefit the community.
It is clear when imaginative people come together, any number of wonderful things can happen.
Blurb: 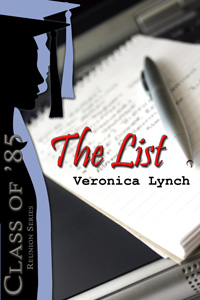 Twenty-five years ago, Fiona Thorpe's classmates voted her most likely to explode. Through hard work and rigorous self-control she is now every woman's fantasy, every man's wet dream. Head held high, and less than half her former size, Fee returns to her high school reunion weekend. Her goal: exact revenge on those who made her life a living hell back in the day. Her first attempts are remarkably easy and give her profound satisfaction. But no one is more shocked than Fee when she discovers the handsome, respected man seated beside her at the opening banquet is a modern day Paladin, who avenges those unable to defend themselves. To make matters worse, he is her former chief tormentor, Mick Dineen.

Are some wounds too deep to heal? Or can two former enemies find common ground?
Excerpt:
Frustrated with the holdup, Fee glanced around the room, hoping to see Dru the minute she entered the ballroom. A hand on her arm claimed her attention. “Here comes someone you should meet.”
"Who?”
“Last year's Eastman Award winner, Rafe said. “And a helluva nice guy.”
“Where?”
“There, coming toward us.”
One nano-second later, all thoughts of revenge evaporated like steam out of a boiling kettle. Thick gold hair flecked with gray grazed the collar of his jacket. His features were weathered, as if he'd already lived ten times over. Broad through the shoulders and chest, and narrow at the waist and hips, he possessed the long legs of a broken-field runner. Moving across the parquet floor as if born to a runway, he looked confident and  at ease with himself. Without disrupting that graceful, fluid motion, he undid his tie, then shrugged out of his suit jacket.
She'd almost given up on finding a man like this.
This one had The Look.
Author Link:   http://www.veronica-lynch.blogspot.com/
Buy Link:   The Wild Rose Press
Class of '85 The List The Wild Rose Press Veronica Lunch