March 18, 2012
I'm delighted to welcome back a fabulous romance writer - Caroline Clemmons! Like me, she has a penchant for rescue pets. My door's always open to other pet lovers. Her setting of Lubbock, Texas, sounds like a treasure trove for archaeological finds. Fabulous!

Caroline Clemmons writes mystery, romance, and adventures—although her earliest made up adventures featured her saving the West with Roy Rogers. Her career has included stay-at-home mom (her favorite job), newspaper reporter and featured columnist, assistant to the managing editor of a psychology journal, and bookkeeper. She and her husband live in rural North Central Texas with a menagerie of rescued pets. When she’s not writing, she enjoys spending time with family, reading, travel, browsing antique malls and estate sales, and genealogy/family history.

Her latest contemporary and historical romance releases in print and e-book from The Wild Rose Press include THE TEXAN’S IRISH BRIDE, OUT OF THE BLUE, HOME SWEET TEXAS HOME, and have received excellent reviews. Her novella SAVE YOUR HEART FOR ME is available as a download only. Her backlist of contemporary and historical romance is available at Smashwords and Kindle. ALMOST HOME is the first mystery she’s published and is also available at Kindle and Smashwords. Read about her at www.carolineclemmons.com or her blog at http://carolineclemmons.blogspot.com.  She loves to hear from readers at caroline at carolineclemmons.com.
My Place:
HOME. SWEET TEXAS HOME, a sweet contemporary romance that received a 5 Heart review from The Romance Studio, is set in West Texas in and near the town of Lubbock. North of town and, coincidentally north of where my husband’s family and mine lived, was a part of Yellow House Canyon. Ten thousand years and more ago, Native Americans camped in and roamed through that canyon. Spanish explorers followed the route, and allegedly Coronado came that way in 1541. Early pioneers followed that route for accessibility to water. Growing up, I had no idea Yellow House Canyon was important. 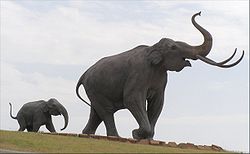 Although I wasn’t allowed to roam the canyon, my future husband and his Boy Scout friends did, searching for arrowheads, spear points, and other artifacts. In fact, there was a local site where Boy Scouts camped. One winter in the snow, my future father-in-law came to collect my husband, irate that the Boy Scouts and their leaders didn’t have enough sense to come in out of the weather. Years later, my younger brother also camped there in a snowstorm, but my folks had no idea where to find him. He came home from his camping trip ecstatic because a coyote had come right up to their campfire. Only a ten-year-old boy would think that was a good thing!

Above or near that spot is the Lubbock Lake Landmark site. It was there when I was growing up, but I was pretty much in my own world of books back then. (Guess I still am.) Archeological excavations are ongoing and it’s possible to view them in process. Inside the center is a nice museum. Outside are bronzes of some of the extinct animals whose bones have been unearthed, including the short-faced bear, sloth, and columbian mammoth. The site is listed on the National Register of Historic Places, and is a designated National Historic and State Archeological Landmark. It is managed by the museum of Texas Tech University with excavations conducted under a Texas Antiquities Committee permit.

Further southwest along the canyon is the local picnic area, Mackenzie State Park. As a kid I was forced to attend what seemed like hundreds of reunions each summer at this park. Okay, it was only three, but I hated them. I’m not the outdoorsy type, plus having the same geezers each year tell my dad he needed to tie a brick on my head so I wouldn’t keep growing so tall was not my idea of a fun way to spend the afternoon. At least there was an amusement park--tame by today’s standards--but it was the only fun rides in town.  Now the area where my older cousins played softball has been dammed to hold water. It’s a beautiful park with huge old cottonwoods and elms.
Still further southwest is Ransom Canyon, a part of Yellow House Canyon, where Comanches traded white captives for ransom. And sometimes where robbers dressed like Native Americans traded captives. Now it’s a housing development with its own lake.
South of Lubbock about twenty miles is where I placed Sweet Springs, the fictional community where hero Derek Corrigan has his home and ranch and where modern Cinderella Courtney Madison inherits property. Many of my relatives have or have had land in this area. The soil is rich and water is still plentiful for irrigation.

I hope you’ll enjoy reading HOME, SWEET TEXAS HOME. Here’s a blurb and excerpt to tempt you.
Blurb:
Courtney Madison has battled poverty her entire twenty-five years but is determined to make a safe and happy home for her teenaged brother after the recent death of their mom. Her mom’s illness left Courtney with a mountain of hospital bills, her formerly sweet brother Jimmy is now cutting class and hanging with a rough crowd, and she’s just learned she’s being downsized in two weeks. Hanging on by the threads of a fraying rope, she learns she’s inherited two million dollars from a kind elderly man she befriended when he was in the hospital across the hall from her mom. She thinks her inheritance in West Texas is the answer to all her prayers--but Courtney learns that while money improves her life, it doesn’t guarantee happiness. This modern Cinderella encounters problems even a fairy godmother couldn’t imagine.
Rancher/entrepeneur Derek Corrigan has incredible instincts for flourishing in the business world. With women, not so much. In fact, his friends bemoan he’s King Midas where money is concerned, but his judgment of women is pathetic--evidenced by his late wife and now the flamboyant woman he’s been escorting of late. As far as Derek is concerned, all he wants is to be a good dad to his children Warren, aged 8, and Meg, aged 5. Derek suspects the worst of his new neighbor and vows to fight his attraction for her. The only way he can protect his children and himself is to keep his private life very private. Besides, he knows what women do to him--they always leave and take chunks of his heart with them. He's been there, done that, had the vaccination and is cured. Isn't he?
Excerpt:
When Jimmy comes home from school to learn his sister has been injured and that his neighbor Derek is in his sister’s bedroom:
When Jimmy saw his sister in bed, he rushed over. “Sis, what happened? What’s with the towel and the ice packs?” He frowned at Derek. “What’s going on?”
She opened her mouth to explain, but nothing came out.
Derek figured the bizarre situation defied description. He patted Jimmy on the shoulder. “Don’t worry, she’s okay now. We were at the cemetery putting flowers on Sam’s and Maggie’s graves and your sister got trapped in the bathroom.”
Jimmy shook his head. “I don’t understand. How could that hurt her?”
Courtney sighed. “The knob came off in my hand and I couldn’t open the door. So, I climbed out the window.”
Derek held out his hands to indicate the small rectangle. “A small, high window.”
Jimmy looked from his sister to Derek. “I still don’t understand what happened.”
Courtney snapped, “I got stuck, okay?”
Now that he knew her to be okay, the week’s tension suddenly snapped Derek and he lost his perspective on the whole situation. He grimaced at Jimmy. “She, um…” He coughed to keep a straight face. “When she tried to go out the window, she got stuck with her head and one arm sticking outside and the rest of her inside.” He stood like a bird with a broken wing to imitate Courtney’s position. A grin spread across his face in spite of all his efforts not to smile.
Jimmy gaped at his sister. “Courtney? But she’s always so sensible. She’s never does anything stupid.” He began to smile also.
Both males burst into laughter.
“Listen, if you two are so amused, go into the other room to discuss my apparently hilarious antics and leave me to suffer in peace.” In spite of her strained muscles and injuries, she threw a box of tissues in their direction. “Go on, get out of here. Now.”
Derek glanced over his shoulder before he left.
She’d stuffed a pillow over her ears, to block out their laughter.
Links:
TWRP: www.thewildrosepress.com/caroline-clemmons-m-638.html
Website: www.carolineclemmons.com
Blog: http://carolineclemmons.blogspot.com
Twitter: www.twitter.com/CarolinClemmons
Facebook & Goodreads
Email caroline at carolineclemmons.com 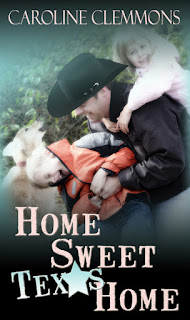