March 16, 2012
I'm delighted to host another fabulous author on her launch day. Today, it's California based writer Maggie Secara whose fantasy saga, The Dragon Ring, is released by Crooked Cat Publishing.


So, to learn more about Maggie, I've asked her some questions. 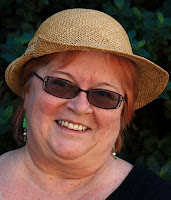 As a writer, Maggie Secara loves to explore the heroic ideal, to find the mythical in the every day, and discover the places where the realms of Faerie intersect the mundane. As a historian, she calls herself a gossip who just can’t stand that someone might have done something 400 years ago without her knowing about it, who else was there, what they had for dinner, and what they were wearing at the time.

Maggie is the author of A Compendium of Common Knowledge 1564-1603, both website (AD1558.com) and book, which she calls a handbook of Elizabethan daily life. Her poetry has appeared in a variety of little magazines on- and off-line. Most recently, her interests in history, folklore, and music have combined in a series of fantasy novels with a historical twist of which The Dragon Ring is the first in the Harper Errant series.
Maggie and her very understanding husband live with their cats in suburban splendor in Los Angeles, California.
1)  What inspired you to write The Dragon Ring, combining fantasy with history?
Actually, it’s kind of funny, because in the end the inspiration had very little if anything to do with what I actually wrote. Fact 1:  I’ve known children’s author Ari Berk since he was a teenager. Now he’s a professor of myth and folklore. He’s also a husband and the dad of a small boy. He’s simply one of the most interesting people I know and a dear friend. Fact 2: I also have studied myth and folklore. Fact #3, I love mysteries and have long meant to try and write one. One night, rather out of the blue I asked myself: What if Ari Berk had to solve a mystery?
Well, the concept was so intriguing, ideas just started popping. I stayed up all night scribbling notes in a notebook, until I had something I could start to work with. Oddly, it wound up having none of the usually characteristics of a mystery to it, and once the fae entered the picture, I knew it was going to be a fantasy—my other favorite genre. They say you should write what you know, and I do know  a lot about Elizabethan England, and a good bit about medieval England,  and have the resources for researching them.   So chasing a missing artifact through the past evolved kind of naturally.
Alas, my hero, Ben Harper, didn’t come out very much like Ari, so that mystery remains to be explored.
2)  You're a historian specialising in the Elizabethan era. Would you consider writing a novel set solely in that setting?
I’d love to, and I know eventually I will. I started something once long ago based on the life of the Countess of Southampton--the mother of Shakespeare’s patron, not his wife--a character I played for years at the Renaissance Pleasure Faire in California. I was looking at it again recently and while I don’t think that book will ever work out, there is some potential for a few of the characters. I would like to write a ghost story, using some of the legends of the region. And I still want to write that mystery. There’s a story in my  Countess’s life about a young man in the earl’s household that her husband accused her of being too familiar with, who then died under suspicious circumstances. One day, I’m going to have to find out what really happened.
3)  What are you currently working on?
Harper Errant, book 2: King’s Raven. The story is more complex than The Dragon Ring, and it’s all but finished. I don’t want to say too much about it, of course, but’s there’s a chase scene through the Crystal Palace in 1854, and a consultation with Dr John Dee in 1589. Once Dragon Ring is well and truly launched into the world, I’ll be back at that project.
Blurb: 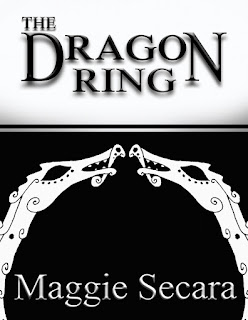 Reality TV host Ben Harper has a problem: he owes the king of Faerie a favor. So now he has to track down the three parts of a Viking arm-ring, and return them to their place in time. This takes him through the wolf-haunted forests of Viking Age Wessex, the rowdy back streets of Shakespeare’s London, and a derelict Georgian country house.


Partnered with caustic, shape-changing Raven and guided by a slightly wacky goblin diary, Ben must rediscover his own gifts while facing his doubts and the queen of Faerie’s minions, who will do anything to stop him.The Dragon Ring, the first in the Harper Errant series, is a time travelling epic adventure which takes you to Old England, and beyond.