April 04, 2012
Oh, winter has returneth! Well, I've seen more snow flurries in the last 24 hours than the previous 4 months. However, unlike the weathermen ('the unusual weather'), I think it's pretty normal for April to get frosty again. It's April, after all. I remember several snowy Easter weekends. And snow is still preferable to rain, methinks!

I just shared another excerpt on the Dark Deceit FB page, so I thought I'd share it here, too. It highlights Alleyne's indecision over which of two men to trust - Geoffrey or Will.

“I will speak with him,” she said aloud and drained her cup. Grabbing her cloak from the hook behind the door, Alleyne left her chamber.
She rushed down the stairs, wrapping her cloak closer around her, and threaded her way through the crowd in the hall. With ale flowing freely, the noise had risen. All earlier restraints were forgotten. As she pulled the door to the bailey open, she bumped into the under-sheriff. For a moment they stood close, her hands on his chest, his on her arms. She stumbled as his eyes bore into hers.

“Apologies, my lady.” De Mortagne stepped back. He released her as she regained her balance.
“No, it was my fault. But thank you.” She lifted her head to meet his gaze. What fortunate timing. “I should like to go for a walk, Sir Geoffrey. Would you care to accompany me?”
“Certainly, Lady Alleyne.” He held his arm out and she put her hand on his. Dusk had fallen, but it was still light enough for them to stroll across the deserted bailey without a lantern.
She pointed to the allure. “Let’s head for the walkway. I’d like to discuss some matters in private.”
“No problem at all. I see you’ve calmed.” Geoffrey fell into step alongside her.
“I’ve had time to think and clear my head. So, yes. I’m calm now.”
When they reached the steps she removed her hand and lifted the front of her skirt just enough to ensure she wouldn’t trip over. She sought the rough stone wall with her other hand to steady herself. De Mortagne followed her careful ascent. Once they reached the top, she ordered the sentry there to join his companions above the gate and turned the other way. She leaned against the parapet near the spot where the parapet met the back of the manor house, allowing the breeze to ruffle her hair. De Mortagne joined her as she gazed over the rolling hills melting into the encroaching darkness.
“Tell me, how far would someone go to gain this?” she asked with a wide sweep of her hand. “Kill? Possibly kill again?”
“Anything for property and power for some men.” He shook his head. “Those who don’t live by the rules.”
“I suppose many don’t. By the way... I saw you earlier in the yard, talking to Alfred.” Feeling him straighten, she faced him. “What exactly are your plans to catch my father’s killers, my lord?”
“Do not fret for the boy, Lady Alleyne. He’ll come to no harm.” He lowered his head and smiled at her. “I asked him to listen out for any rumours. Nothing sinister at all.”
“I would like to believe you.” Her voice shook.
He turned towards her, his expression solemn. “I’ll stay until I’m certain de Guines has no other tricks up his sleeve.” His voice was soft but strong at the same time, determined. Reassuring.
“Thank you. You don’t know how grateful I am.” She sighed, a shiver of relief rushing through her. “But you must have other duties to attend to? Especially since Matilda isn’t crowned queen yet. Things could still go wrong.” She dropped her head so he could not see her confusion. How could she tell him about Will without insulting him? 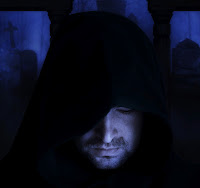 De Mortagne placed his forefinger under her chin and tilted her face up before he dropped his hand to his side again. When their eyes met, she saw encouragement. And something else she could not identify. Something deeper. Blushing, she smiled and opened her mouth to thank him again. His kiss came as a surprise, warm and soft. It lasted barely an instant and at first she thought she imagined it. Then a wave of guilt engulfed her.
Alleyne took a step back and aimed at his cheek but he was quicker, catching her wrist just inches from her hand’s aim. Damn the reflexes of a trained knight! She steadied herself against the manor wall with her other hand.
“Forgive me, Lady Alleyne. That was most inappropriate.” He turned away.
“I could have you thrown out right now.”
“That wouldn’t help you much in catching your killer.” He stated the obvious, her empty threat exposed for what it was. His voice gave her a chill. Gone was the warm, soothing tone. She had almost believed him. But he was an under-sheriff, a lowly knight with unknown loyalties. One not to be trusted. She straightened her back.
Will must arrive soon. She trusted him.
“It won’t happen again,” de Mortagne said. “At first light we’ll be out of your way and focus our search on the forest again.” He walked towards the steps, but turned his head. “I shall report to you on our return, or to your steward should you so prefer.” Without a further glance her way, he took the stairs in swift steps.
She watched as he strode to the stables, his broad back straight and fists clenched. He kicked open the stable door. The door banged against something solid, the sound echoing through the silent bailey.
Alleyne closed her eyes. Her heartbeat pounded in her ears. If she aimed her anger at him, perhaps she could banish the memory of the eager anticipation she felt when he had turned to her. She shook her head to rid herself of the demons. No, she had not wanted for him to kiss her. All she needed was reassurance. Damn the man! Perhaps women threw themselves at him in Gloucester, but not here.
Not her.
She descended the stairs, careful not to slip. By now, the bailey lay shrouded in darkness. Inside the hall, the throngs of guests had dived deeper into their cups, their shouting and laughter loud in her ears. Alleyne brushed past them, up the stairs to her chamber, and bolted the door.
She had begun to trust him. How could she now? After this?
Will, on the other hand, would never have let her down in such a manner. After all the years she had adored him, he was still her chivalrous knight. The type minstrels sing about. Tears brimmed in her eyes.
“Oh, Will,” she whispered, her hands covering her mouth as she came to a halt by the narrow window. “Come quick!”