Author Beth Trissel at My Place

May 20, 2012
Today, I'm delighted to welcome Beth Trissel, author of historical and light paranormal romance. Having enjoyed reading a number of her novels, I'm thrilled to host her at My Place.


So, without further ado, let's hear it from Beth:


Married to my high school sweetheart, I live on a farm in the Shenandoah Valley of Virginia surrounded by my children, grandbabies, and assorted animals. An avid gardener, my love of herbs and heirloom plants figures into my work. The rich history of Virginia, the Native Americans and the people who journeyed here from far beyond her borders are at the heart of my inspiration. In addition to American settings, I also write historical and time travel romances set in the British Isles.


My Place:
Not only have I lived in the Old Dominion for most of my life, but also several previous centuries in the sense that my family were among the earliest settlers of the Shenandoah Valley (1730’s/1740’s). My Scots-Irish forebears settled in Augusta County in the southern valley with names like Houston, Patterson, Finley, Moffett and McLeod. These clannish people frequently intermarried, so I can tie in with many of the early families depending on how I swing through the ancestral tree. In those days Augusta Country was vast, much of it in the colonial frontier. Settlers came for a chance at cheap land resulting in clashes with the Native Americans.


This brings me back to Jamestown, the site of the first successful English colony, and rich in history. Virginians are steeped in it, especially in the Shenandoah Valley. How could I not be drawn to this wealth of stories?  If the earth could speak what tales it would tell, some of them horrific. Virginia has seen more battles than any other state in the union, encompassing the Indian Wars, the Revolution, and that most uncivil of wars, the Civil War. The history of Virginia, the Native Americans, and the people who journeyed here from far beyond her borders are at the heart of my inspiration. Most inspiring to me are accounts from the colonial frontier.

One account I came across in my study of the early Scots-Irish influenced my writing more than any other, the tragic story of a captive woman who fell in love with the son of a chief. As the result of a treaty, she was taken from her warrior husband and forced back to her white family where she gave birth to a girl. Then the young woman’s husband did the unthinkable and left the tribe to go live among the whites, but such was their hatred of Indians that before he reached his beloved her brothers killed him. Inconsolable and weak from the birth, she grieved herself to death.

Heart-wrenching, it haunts me to this day. And I wondered, was there some way those young lovers could have been spared such anguish; what happened to their infant daughter when she grew up? I couldn’t let this happen to my hero and heroine, but how could I spare them. I schemed and dreamed and hatched more stories in the fertile ground of Virginia.

Two of my books were strongly influenced by that account. The Bearwalker’s Daughter, a historical/paranormal romance set among the clannish Scots in the mist-shrouded Alleghenies, is a tale of the clash between two peoples and the young lovers caught in the middle. Another book that sprang from the above account is my Native American historical romance novel Red Bird’s Song. The hero and heroine in this story, Wicomechee and Charity, were most like the couple in the original tragedy, while the parents of the heroine, Karin, in Bearwalker’s Daughter were based on that pair’s sad fate. Not to fear, though, in romance you get your Happy Ever After, or as near to that as my bittersweet endings can provide.

Blurb for Red Bird's Song:
Taken captive by a Shawnee war party wasn't how Charity Edmondson hoped to escape an unwanted marriage. Nor did Shawnee warrior Wicomechee expect to find the treasure promised by his grandfather's vision in the unpredictable red-headed girl. George III's English Red-Coats, unprincipled colonial militia, prejudice and jealousy are not the only enemies Charity and Wicomechee will face before they can hope for a peaceful life. The greatest obstacle to happiness is in their own hearts. As they struggle through bleak mountains and cold weather, facing wild nature and wilder men, Wicomechee and Charity must learn to trust each other.

Blurb for The Bearwalker's Daughter:
Timid by nature—or so she thinks—Karin McNeal hasn’t grasped who she really is or her fierce birthright. A tragic secret from the past haunts the young Scots-Irish woman longing to learn more of her mother's death and the mysterious father no one will name. The elusive voices she hears in the wind hint at the dramatic changes soon to unfold in the mist-shrouded Alleghenies in Autumn, 1784.

Jack McCray, the wounded stranger who staggers through the door on the eve of her twentieth birthday and anniversary of her mother's death, holds the key to unlock the past. Will Karin let this handsome frontiersman lead her to the truth and into his arms, or seek the shelter of her fiercely possessive kinsmen? Is it only her imagination or does someone, or something, wait beyond the brooding ridges—for her?

Buy Links:
Red Bird’s Song is available in print and various ebook formats from The Wild Rose Press, Amazon, Barnes & Noble and other online booksellers.
The Bearwalker’s Daughter is a sweet .99 at Amazon. 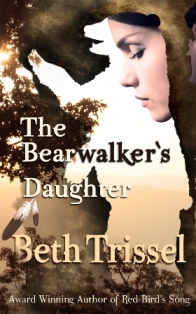 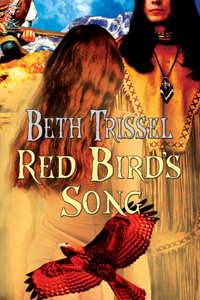