Author Micheal Rivers at My Place


About the Author:
Micheal, an American author, was born in Ahoskie, North Carolina in 1953. He served his country during the Viet Nam war in the USMC. Later, his travels provided over thirty years of investigating and collecting stories of the paranormal. His genres include horror and thriller with an element of paranormal in all of his novels. The Smokey Mountain Ghost Trackers of Western North Carolina was founded by him and he is the lead investigator. Micheal currently resides in the mountains of North Carolina along with the love of his life and his Boxer he fondly calls Dee Dee.


My Place:
The town and castle of Verliege never existed. Discover how Micheal pulled it all together here. 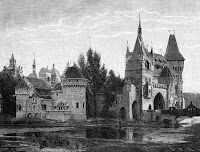 Fate plays a hand in all we do. The castle Verliege’s ghostly residents are no different. These spirits wait patiently for the one who has come to fulfill the prophecy. The ghost of Edmund is the keeper of the secret of the nine. If you are wise you will not seek the answer to the secret of the nine. With the frailties of the human psyche we all know that sooner or later you will give in to temptation.


The world of Adrian Bolt shattered as his wife lay butchered on the floor of Castle Verliege. His conviction by a German court was as swift as the sword that killed her. He maintained his silence knowing his story would not be believed. Though his reputation was impeccable there was nobody willing to stand for him.
Another world lay in wait for anyone living within the walls of the castle; waiting, watching, for eternity to keep the Mueller name upon its registers. There is only one world here for those who choose to stay. To enter its doors is an invitation you will not soon forget! 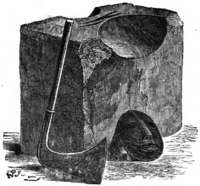 Near the center of the cemetery the mausoleum beckoned them to draw closer. From their position they could not see the front of the mausoleum. Two sides could be clearly seen, appearing unusually clean. Emery did not approach the mausoleum immediately. He stood squinting in the morning sun, trying hard to find a reason why the stone structure had not aged over the years.
He had learned early in his career not to advance too quickly upon a scene that did not feel right. Raising his camera to his eye, he adjusted the long-distance lens to bring the mausoleum closer. Something was wrong. The stone was too perfect in every way. He could not find a single flaw.
Weis spoke softly. “We may find something of interest within the tomb.”
Emery spoke without taking his eye off of the mausoleum. “I think we should skirt around it and approach it from the front. It doesn’t feel right to me. Take a look through your camera and tell me what you see.”
Weis raised his camera and inspected the walls of the mausoleum carefully. “I don’t see anything unusual.”
Emery laughed lightly. “Look again. The stonework has not aged a day. There are no cracks or signs of erosion as there should be.”
Weis looked once more, realizing Emery had been correct in his observations. Carefully they walked in a large circle to enable them to see the front of the mausoleum. Standing a safe distance away, they saw that one of the doors was partially open, allowing them to see the darkness of the interior.
Stepping slowly forward toward the open door, each man prepared himself for a possible intruder. Emery approached the open door at an angle to help protect himself. Time slowed to a crawl. Reaching for the door to open it farther, Emery’s fingers had barely reached the handle when it slammed shut violently.
They both jumped back away from the door, and Weis fell over a broken headstone behind him. A loud moan echoed through the air around them.
Weis gained his feet, shaking his head. “I am not going in there. Whatever it is, I’m happy to leave it in there.”
Emery grinned. “Sorry, Weis, but I have to see what the moaning is about.”
He reached forward and jerked the door open with a vengeance. Shining his light inside, he found the mausoleum empty except for the neatly stacked burial coffins. Emery turned, questioning what he was seeing. “There is nobody there, Weis. I guess the moan was the rusty hinges and a little imagination.”
Weis disagreed. “The door was shut before we heard the moan. Do you think you can tell me who shut the door? I think not. It is too heavy to close on its own. I’m leaving.”
Emery watched as Weis started to walk away. The incident had shaken him badly.
Weis was glad he had taken pictures of the open door before it had slammed shut. It was hard for him to shake the feeling that there was someone close behind them as they made their way back across the bridge. Turning back toward the cemetery when he was at the foot of the bridge, he glimpsed a large black shadow disappearing into the trees.