Friday Foto: The Tower of London

June 08, 2012
Today, I'm going back a few years when hubby and I met our best friends in London. We'd travelled from Scotland, they came over from Wales, and we enjoyed a lovely long weekend together. 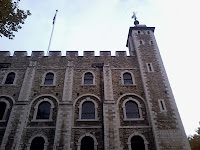 I love the Tower because of its Norman history, more than Tudor. Begun during the reign of William the Conqueror, the White Tower was designed as a fortress for the king to stay. Its later reputation of a prison - a place of no return - is well-documented. 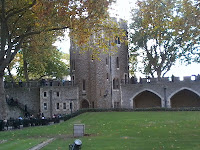 Some famous historical personalities were imprisoned in the Tower. Some emerged alive, if a little pale, others were not so fortunate. The most famous person (to our minds) executed there was, of course, Anne Boleyn. A memorial marks the alleged spot. Other Tudor era executions included Thomas More and Lady Jane Grey.


I can't leave out the enduring riddle of the Princes in the Tower - the disappearance of the two sons of Edward IV. The Princes were last seen alive lodging (not imprisoned) at the Tower. There are several suspects whose fates were closely linked to the removal of the boys. Richard III (House of York) had much to gain, as had Henry VII (House of Tudor), who defeated Richard in battle at Bosworth Field. The vigorous attempts by the Tudors to tarnish Richard's name makes Henry VII, in my eyes, the prime suspect, but other key players are also possible. But as this discussion rages on, I won't go into any more details here. 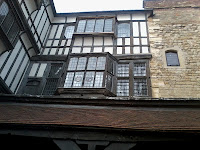 I would love to explore the place by myself one day but, alas, that's not going to happen. The queues were long (even out of season), the noise non-stop. But still, the buildings held an atmosphere both fascinating and awe-inspiring. Knowing people went in and never came out alive... hmm.

Ultimately, I would have liked more time at the Tower, Westminster Abbey (not to be confused with the Catholic Westminster Cathedral!) or the British Museum, but that's for another visit, no doubt. 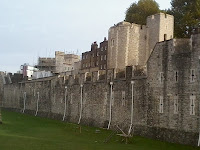 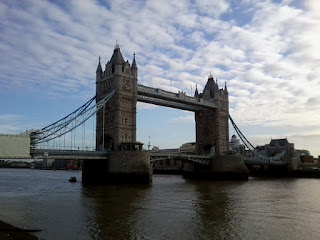