An Interview and an Excerpt


A big 'THANK YOU' goes to the lovely BlackTulip for her wonderful questions. I could have written novel-length replies...


Now, due to family issues at short notice (nothing serious, just a trip to Germany to help my mother), I've had to move the release of Silent Deception to 28th June, as I won't have enough time for the final edits before I go. I also wouldn't be able to promote it at all as I'm likely offline for five days (how will I survive??). A little frustrating, but hey...


So, to remind you all, here's the cover, blurb & a short excerpt. Enjoy!


Having inherited a family estate she’d never heard of, Minerva Goodridge travels to Cornwall to take charge of her new home. But fatal memories lurk in the shadows of Trekellis Manor. As the locals keep away from the house, Minnie accepts the help of a stranger. Can she trust him?

Gideon Drake, 8th Earl of Rothdale, is on a mission to uncover a family secret linked to Trekellis Manor. But the arrival of Minerva, the new owner, disrupts his investigation. Attracted to the headstrong heiress, he decides to take action - and ends up uncovering more than he expected.

Gideon must weigh up his family’s reputation against Minnie’s, but will the revelations tear them apart?


I think you should leave now. 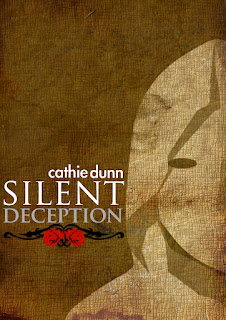 Minnie remembered her words to Gideon Drake as she pummeled the pillow into submission before lying back. Crossing her arms, she stared at the ceiling in the light of a solitary candle. How dared he!
A wave of indignation washed through her. She brushed aside a pang of conscience. No, she had most definitely not enjoyed it! Gently, she touched her lips with her fingertips. She could still taste him, four days later. At first, her lips had felt almost sore, then she’d begun to crave more, the fire between her legs burning strong.
“No!”
This had to stop. She crossed a leg over the other, ignoring the warmth spreading from her center. Drake was just an adventurer, a rake, here on a whim to play lord amongst the locals.
After she had-politely-kicked him out of the house, Minnie had thrown herself into a tidying madness. Two further reception rooms, four bedrooms including Walker’s, and all the servants’ quarters had fallen prey to her cloths and dusters. She giggled, remembering Beth’s astounded face when she’d rolled up the sleeves of an old gown of hers and, gritting her teeth, set to wiping surfaces, removing curtains and drapes, beating the dust from padded chairs and settees. Not that the maid had stopped. Her skills at cleaning floors, doors and windows had worked wonders. Together, they’d finally managed to make Trekellis Manor sparkle again. Apart from the study.
She’d refused to see Drake when he visited the day after the kiss, claiming a headache. But watching him ride away from behind the curtains of a reception room hadn’t been as satisfying as she’d have liked. Somehow, the man made her blood boil, and the longer she left it to simmer the more miserable she became.