The Trouble with Cupcakes by Kristi Ahlers - out now!

August 23, 2012
Romance author Kristi Ahlers is celebrating the release of her latest book, The Trouble with Cupcakes, available through Tirgearr Publishing. Not just about those deliciously sweet afternoon tea treats, the story is full of recipes - and romance.

I recently read her last release, The Trouble with French Kisses, which I thoroughly enjoyed and rated 4 stars. Can't wait to get into this new one. With a cuppa tea and a cupcake... 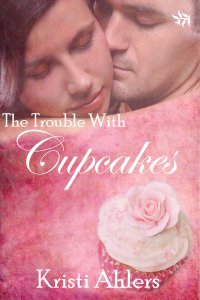 Heather Ryan is the proud owner of Cupcakes on Royal. It’s a thriving business, but if she wants to put her cupcakery on the map, she needs to win the coveted Krewe of Bacchus after-party contract. When she finds out who’s leading the Krewe, Heather realizes she’s about to get a second chance with her first true but unrequited love, Alec Carlisle.

Alec is a successful New Orleans lawyer. As the leader of the Krewe of Bacchus, it’s up to him to put together the top caterers from around the city to cater the Krewe’s Fat Tuesday event. He has few regrets in life, but missing a chance with a woman from long ago is one he plans on rectifying when he finds out Heather is the baker behind Cupcakes on Royal. It won’t be an easy task, there are a lot of years behind them, but Heather is worth fighting for. His ex, Lila, who’s also vying for the contract, has her eyes on winning the contract at all costs. She also makes it clear she wants Alec back.

Will Heather and Alec find forgiveness of the past and be able to get past Lila’s obstacles to find the sweet ending they both deserve?