November 04, 2012
Today, I'm delighted to welcome fellow Wild Rose Press author, Beth Trissel, to My Place. She chats about the stunning backdrop to her historical romances, the Allegheny Mountains.

Having enjoyed several of Beth's novels (and currently reading her latest, Kira, Daughter of the Moon), I can only recommend you give them a try. Atmospheric, rich in historical detail and very moving, they make for a wonderful read.


Hello Cathie and thanks so much for having me on your smashing blog. A pleasure to be here and share a bit about my new historical romance novel, Kira, Daughter of the Moon, a story long in the writing and one I’m delighted is finally out.

Opening in the spring of 1765, Kira, Daughter of the Moon is set among the clannish Scots-Irish settlers in the ruggedly beautiful Allegheny Mountains. At that time, the Alleghenies were part of the Virginia colonial frontier, and the story follows on the heels of the French and Indian War depicted in my award-winning novels, Through the Fire and Red Bird’s Song. Although written to stand alone, Kira, Daughter of the Moon is sequel to Through the Fire and the third in my colonial frontier series. Dread of Indian attacks, of being killed or captured, of what happened to captive loved ones, and mistrust of white men who turned renegade and ran with war parties was on the minds of these superstitious Scots. And this is the volatile background for Kira, Daughter of the Moon. 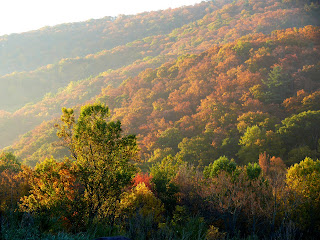 To sum the story up in a nutshell: ‘A beautiful Scots-Irish healer in the rugged Alleghenies finds herself accused of witchcraft. With the terror of the French and Indian War fresh in her mind, can Kira love a white warrior?’ 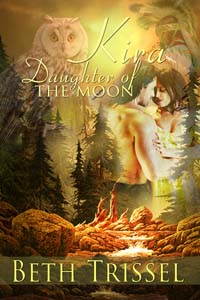 Logan McCutcheon returns to colonial Virginia after seven years in the hands of Shawnee Indians. But was he really a captive, as everybody thinks? He looks and fights like a warrior, and seems eager to return to those he calls friends and family.

Kira McClure has waited for Logan all those years, passing herself off as odd to keep suitors at bay––and anyone else from getting too close.  Now that he's back, he seems to be the only person capable of protecting her from the advances of Josiah Campbell and accusations of witchcraft. And to defend the settlers against a well-organized band of murderous thieves.

“My secret in exchange for yours.”
Tantalizing.  He was drawing her into his snare, but she couldn’t resist asking, “How do you know I’ve a secret?”
“To begin with, you’re hiding in a tree. What from, a wild beast?”
“Near enough. You.”
He smiled.  “Was I to think you a large red bird, or overlook you entirely?”
Drawing her remaining shreds of dignity around her like a mantle, she said, “This isn’t one of my best hiding places.”
“Indeed?  Where are the others?”
“That would be telling.”
The strengthening breeze tossed the branches around them as he considered.  “You never could keep secrets from me, Cricket.  I’ll discover them and you.”
An assertion she found both disturbing and oddly heartening.
His lips curved as if the deed were already done.  “Why were you hiding?  Am I so very frightening?”
“Oh––I feared you were some sort of warrior.”
The humor faded from his eyes.  “I am.”

About the Author & Links:

Married to my high school sweetheart, I live on a farm in the Shenandoah Valley of Virginia surrounded by my children, grandbabies, and assorted animals. An avid gardener, my love of herbs and heirloom plants figures into my work.

The rich history of Virginia, the Native Americans and the people who journeyed here from far beyond her borders are at the heart of my inspiration. In addition to American settings, I also write historical and time travel romances set in the British Isles. For more on me, my blog is the happening place and has links to everything else: One Writer’s Way

Historical romance novel, Kira, Daughter of the Moon is available in print and kindle at Amazon, in print and various eBook formats from my publisher, The Wild Rose Press, and other booksellers.