November 10, 2012
Today, the spotlight is on a brand new name on the crime writing scene. Author Catriona King has just released A Limited Justice, the first in a gripping, new detective series set in 21st century Belfast. Her protagonist, D.C.I. Marc Craig, has his job cut out over a murder, then another - and another! The second in the series, The Grass Tattoo, is due out in December 2012.

Catriona's work background is fascinating - she worked as a Forensic Medical Examiner - so I wanted to share some details here.

1. What inspired DCI Craig, and the detective series, set in Belfast that began with ‘A Limited Justice’?

I’ve always loved watching detective stories but I didn’t like single stories. I always wanted to know what happened to the characters next, so I loved series, where you could watch the characters deal with different crimes and develop their own life stories. The best series that I’ve ever read is the Ian Rankin series with his lead detective John Rebus, because as well as them solving the crimes and hearing about Rebus’ life, it was based in and around Edinburgh. So I learned all about the city while reading the books, which was great. In fact, when I first visited Edinburgh I already knew the places that I wanted to see.

Then I started thinking, why doesn’t Belfast have a modern detective series? I think that perhaps during The Troubles the time wasn’t right, but Belfast 2012 is a peaceful, modern European city now and I wanted a sophisticated modern detective to reflect that.

I also wanted to reflect the fact that there are many other nationalities, cultures and religions living in Northern Ireland nowadays. So I wanted the lead character to come from a mixed cultural background, and as I love Italy and know it, I made him half-Italian. He had also lived in London for a lengthy period before returning to Northern Ireland, which is exactly what happened to me!


2. The second in the series, The Grass Tattoo, is due out in December. What does DCI Craig have to deal with this time?

Craig is a murder detective so unfortunately he has more murders to deal with. In ‘The Grass Tattoo’ Craig’s hunt for the killer takes him to London as well as around Northern Ireland, and to Donegal in the Irish Republic.

In the opening sequence a dead body is found at a very famous public location.

Craig also has his own personal problems to solve in the novel, and other members of his team are dealing with exciting changes.

3. You worked as a Forensic Medical Examiner. That sounds very exciting. Can you tell us a bit about it?

Well, every doctor sees people and events in their career that develop into court cases, so we all write medical reports and statements for the police, especially in A&E and General Practice both of which I did . I also went to court over children’s cases.

I was always interested in crime and so I then took the Forensic Medical Examiner’s training course. It’s a short course but it enables you to help the police with complainants or prisoners. After the course your name is added to an on-call list and you sometimes get called out to cases, examine people and deal with forensic samples. But the people who do the real detective work are the police and the pathologists.

4.  Writing crime, examining bodies - just how do you relax? What's your favourite genre to read?

Believe it or not, I love reading detective novels! And watching DVD box sets of …detective stories.
Or historical dramas like the wonderful series ‘Rome’ and ‘The Borgias’. I also run an amateur theatre company in Belfast called ‘The Studio’. We’re currently in rehearsals for two productions. 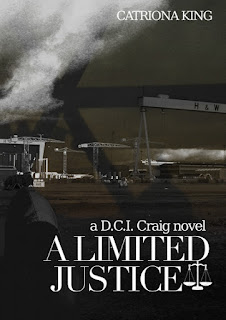 Blurb for A Limited Justice:
When a body is discovered at a petrol station, Belfast D.C.I. Marc Craig is called to investigate. Within a day, a second body is found. Then a third. This time, it’s personal.
It’s someone he knows.
With time against him, Craig desperately tries to piece the case together, but will he find the suspect before anyone else is killed?
A Limited Justice is the first in a crime series set in 21st century Belfast featuring Detective Chief Inspector Marc Craig.

About the Author:
Catriona King was raised in Belfast, Northern Ireland. She moved to central London to live and work as a medical doctor where she trained as a police Forensic Medical examiner. She worked in General Practice, Paediatrics and Health Management, working with the Metropolitan Police on many occasions, and encountering many fascinating people and situations, in both Belfast and London. 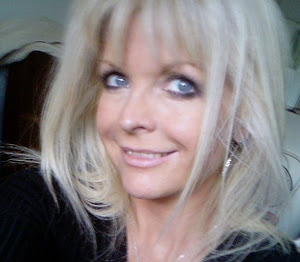 In recent years, she has returned to live and work in Belfast, basing her D.C.I. Craig crime novels in   the modern streets of Belfast and across Northern Ireland in 2012, and locating the fictitious crime headquarters of Docklands Coordinated Crime Unit in one of Belfast's most colourful and oldest districts, Sailortown. She has family links with the area, her mother’s family having had a business there.
Catriona has written since childhood, fiction, fact and reporting. 'A Limited Justice' is her first novel. It follows Detective Chief Inspector Marc Craig and his team, in the hunt for the killer of three people. A second novel in the D.C.I. Craig series ‘The Grass Tattoo’ is due for release on December 11th 2012. Her publisher is an Edinburgh based company called Crooked Cat Publishing.
Catriona is very active in Belfast's dynamic arts scene.