November 15, 2012
Today, the spotlight is on fellow Crooked Cat author Tom Gillespie, whose suspense novel Painting by Numbers is an intricate story about a man's obsession with messages hidden within a painting. That obsession leads him to... well, not giving too much away! ;-) Suffice to say, it's a literary treat for readers who love adventures - and a riddle!

Enjoy Tom's chat about history - and let us know if you agree or disagree!

Lies, Damned Lies and the Truth about History

History is a fascinating subject, but for me, history is a collection of interesting lies, fabrications and falsities, which have been tenuously patched together by the fallacy of known or speculated evidence. Historians plot out a narrative based on available facts, previous opinion and research to produce a story that may have an over-arching focus, motive, agenda or manifesto. Their thesis might be motivated by politics, science, art, religion and so on. And the purpose I suppose is to attempt to reveal some kind of universal or contemporary truth that an historical event or character might reveal. So from the start, history is a semi- subjective manipulation of past realities in order to serve our present condition, and as a result may have little to do with the experiential realities of the time itself. I dislike it when people describe an historical representation as 'authentic' or a 'realistic portrayal', when there is simply no way of knowing what it was like unless you are actually living in the moment, and even within that moment, the experience is open to historical interpretation, and embellishment… History therefore is already more than half way to fiction.. 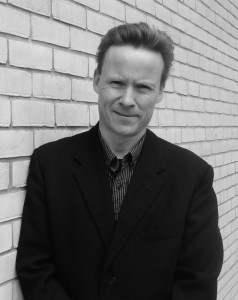 In my novel Painting by Numbers, I enjoyed playing with and manipulating beliefs and assumptions about art and our tacit perceptions of reality. In the book, I invented a fictional 17th Century artist, Manuel Piñero, who became understudy to the Spanish Baroque Master Diego Velázquez. I proposed that it was Piñero and not Velázquez who painted Spain’s greatest artwork Las Meninas, and when he  recognised the genius of the composition, Velázquez ‘appropriated’ the painting from his beleaguered understudy, then ordered him killed so that he could claim the great work as his own. All of this, as far as I’m aware is a complete lie, but my ‘manipulation’ of perceived realities served to present a greater insight into the motives of my central character and help develop the key theme of the book; the complex, interdependent relationship between truth and lies, the genuine and the fake.


None of this is new, of course. Over the years, writers have been busy turning time upside down and inside out, often resulting in great controversy along the way. This is particularly true when historical events still resonate within the present, as demonstrated by the outcry following the release of The Damned United, a semi-fictional account of Brian Clough’s time at Leeds United football club in the 1970s.  However, for me, there’s nothing controversial about using history to explore the trials and tribulations of life, and in my view,  I can see very little separation between the creative dreamscapes of fiction and the so called rational world presented in history books.

In many ways I think creative writers are historians; telling tall tales, spinning yarns and peddling lies, but at the same time, continuously interpreting and re-interpreting people, behaviours, events, memories and dreams in pursuit of bigger truths buried deep within the labyrinthian complexities of the human condition. So History is not only just one fucking thing after another, as Alan Bennett so eloquently put it,  but it’s also one big lie after another, and the storyteller has as much right to tell tall tales and twist realities as those who claim to be representatives and guardians of the past. 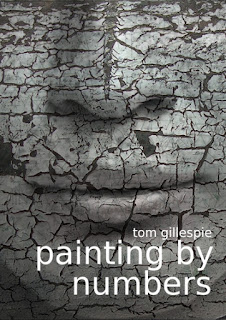 Day after day, Jacob Boyce – faltering academic and failing husband – visits a 17th century allegorical painting which hangs in a Glasgow art gallery. By using a series of measurements and calculations, he attempts to create a mathematical theory that will decipher the code locked into its canvas.
As more of the painting’s hidden secrets are revealed, and he meets a mysterious young woman, Jacob’s life spirals into chaos.
The object of his obsession has begun to move.
Painting by Numbers is a dark, surreal thriller that follows one man’s relentless pursuit into an old truth buried deep within.

In Barcelona, Jacob Boyce finds himself at a talk on Baroque Art given by a Professor Barbola, and later has an opportunity to quiz him on bizarre theory.