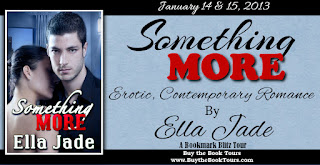 Blurb:An affair and a shocking secret threaten to tear apart a rich and powerful family.Claudia Samson, housekeeper to the privileged Callahan family, finds herself alone and pregnant after a brief fling with Gavin, the youngest Callahan son. When she informed him of the pregnancy he accused her of running a scam and made it clear that she was on her own.Brody Callahan, Gavin's older half-brother, has devoted his entire life to running the family business. He doesn't realize what he's been missing by throwing himself into his work until he finds Claudia asleep in the family guest bedroom. He has discovered his very own Sleeping Beauty. Intrigued by the young woman, he vows to get to know her better.Although Claudia is instantly attracted to the charismatic businessman, she knows her secret will destroy any chance they have for a future together, but Brody's awfully hard to resist.Meanwhile, as Gavin watches Brody and Claudia's relationship develop, he begins to devise a plan to use the secret to his advantage. He wants full partnership in the business—something he was denied by both his brother and their deceased father—and maybe now he can finally obtain it.Can Brody and Claudia survive the storm, or will the secrets and blackmail destroy both them and their love?Content Warning: graphic sex and some explicit language! 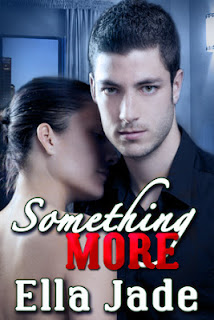 Excerpt:When Claudia made her way outside, the limo was there, but the driver wasn't. She looked around, but didn't see him. She decided to get in and wait for him. He'd have to come back for the car sooner or later.She opened the door and slipped inside, placing her bag on the floor. She was grateful the air conditioning was on in the car, another perk the bus didn't have."Hello, sweetheart.""Brody?" She looked up and saw him sitting next to her. "What are you doing here?""I wanted to see you." He moved his arm around her waist and pulled her close to him. "I missed you." He freed her hair from her ponytail and shook it out with his fingers so that it fell down her back and over her shoulders. "Much better, princess."She laughed because she had just thought of him as The Prince. If he only knew."What is it?""I'm happy to see you." She giggled. "You make things much better.""Hard day?"She leaned closer to him, took his face between her hands, and kissed him. At first, she moved slowly, but the way he looked at her with those smoldering eyes told her everything she needed to know. He was just as excited to see her as she was to see him.She ran her tongue along his lips, begging for entrance. He eagerly accepted as he parted them and slipped his tongue inside her mouth. His breath was hot and his lips were hungry as he kissed her with more force than she expected. She moved her hands up and twisted her fingers in his hair, moving him closer to her.He pulled her onto his lap, pushed her hair to the side, and kissed her neck. She could feel his excitement pressing against her hip. His erection was trapped between his stomach and her side. He shifted his hips and rubbed himself into her. She sighed against his mouth, but then he pulled away."Claudia." The sound of his voice was both desperate and breathless. "I could take you right here, but that’s not what I want.""It isn't?" She didn't mean to sound disappointed."Let me rephrase that." He moved her to sit beside him. "I would want nothing more than to have my way with you right here, but I don't think either of us intended it to be that way between us the first time.""You think about our first time?""Every second of the day." He shrugged. "I'm a guy."She laughed, but realized he was right. She'd gotten carried away. It was the way he looked at her, the scent of his body wash, all spice and cinnamon, that drove her crazy."It's your fault," she said. "You're irresistible.""I was thinking the same thing about you."She shook her head and looked down. She felt his fingers on her chin in an instant, and then she was gazing into his eyes. She loved those blue depths. They were soothing and made her forget everything she had on her mind."You really need to take my compliments better. I speak the truth." He kissed her. "I'll keep telling you how perfect you are and eventually you'll believe it."She would never believe it. A perfect woman wouldn't lead a man like Brody on. A perfect woman would tell him the truth. She was far from perfect. 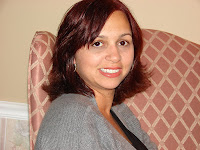 Author Bio:Ella Jade has been writing for as long as she can remember. As a child, she often had a notebook and pen with her, and now as an adult, the laptop is never far. The plots and dialogue have always played out in her head, but she never knew what to do with them. That all changed when she discovered the eBook industry. She started penning novels at a rapid pace and now she can't be stopped.Ella resides in New Jersey with her husband and two young boys. When she's not chasing after her kids, she's busy writing, attending PTO meetings, kickboxing, and scrapbooking. She hopes you'll get lost in her words.