November 14, 2013
I'm thrilled to welcome back a wonderful friend and brilliant romance author, the lovely Rachel Brimble. Multi-published, with releases from Harlequin and Kensington, she's one to look out for if you love romance!

Today, Rachel is chatting about her romantic suspense, A Man Like Him. It's a gripping read full of drama and emotion. I had the pleasure of reading it prior to publication, and the unusual plot–with strong influences from a dramatic, real event Rachel witnessed–just keeps you reading on.

So, here's Rachel giving us some clues...


(1) What is the location of your story? How did you select that particular location, and what research was involved?

A Man Like Him is the second book in an ongoing series with Harlequin Superromance set in the fictional UK seaside town of Templeton Cove. The town itself is loosely based on a small town in southern England where I used to holiday as a child. For the most part though, the geography is a product of my imagination and a mix of several places I know well.
I wanted to write stories set near the coast because I think water, cliffs, heat and snow near the ocean provides a lot of possible danger to add to my stories.

(2) You allude to Angela's mysterious past. Can you tell us anything about that without giving away the ending?

The whole premise of this book is about escaping the past – not just from Angela’s point of view but Chris’ too. Angela is running from hers, both physically and mentally. The suspense is whether she will ever manage to outrun the demons that chase her. Her past is very symbolic throughout the novel, and one that I hope many readers will relate to.

(3) How did you develop Angela's and Chris' characters? How do you decide on names, physical, personality and emotional characteristics?

Names for my characters is always a really difficult task and I often change them several times as I’m writing until the right one comes through loud and clear. I start each new book by browsing the internet for images of my hero, heroine and villain (if I have one), I then complete a character sketch for each which, more often than not, brings about their goals, motivations and conflicts…and their all-important backstories.

I am currently writing the first draft of the fourth book in the Harlequin series – this will be a Christmas 2014 release, which I am very excited about. This is my first Christmas set story and after a horrible spell of writer’s block is now going smoothly. I hope I haven’t just tempted fate, lol! This is a mainstream romance rather than suspense and features two brand new characters as well as a surrounding cast of existing characters.


Thanks for the extra bits of information, Rachel. :-) Now, folks, here's more... 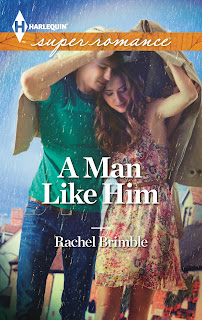 After two years in hiding, Angela Taylor knows her independence is worth it. As long as she can escape her past, she has everything under control. Until a flash flood hits the park where she works, and hot Chris Forrester shows up the exact moment she needs a hero.

Chris proves he can save lives-and weaken a girl's knees. But how can she make him understand that she's off-limits, that getting close to her will endanger his life? Her happiness or his safety: it shouldn't even be a choice.

Because when you love someone, you protect them, no matter the cost. At least, that's what Angela keeps telling herself....

Rachel lives with her husband and two young daughters in a small town near Bath in the UK.  After having several novels published by small US presses, she secured agent representation in 2011. In 2012, she sold two books to Harlequin Superromance and a further three in 2013. She also writes Victorian romance for Kensington--her debut was released in April 2013 and she has since signed for three more.
Rachel is a member of the Romantic Novelists Association and Romance Writers of America. When she isn’t writing, you’ll find Rachel with her head in a book or walking the beautiful English countryside with her family and beloved black Lab, Max. Her dream place to live is Bourton-on-the-Water in South West England.
She likes nothing more than connecting and chatting with her readers and fellow romance writers. Rachel would love to hear from you! 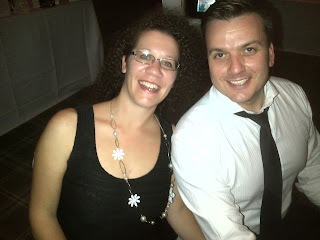