August 05, 2014
Today, I welcome author Amber Lin to my humble online home. She's on a book blast tour with her release, Betraying Mercy. 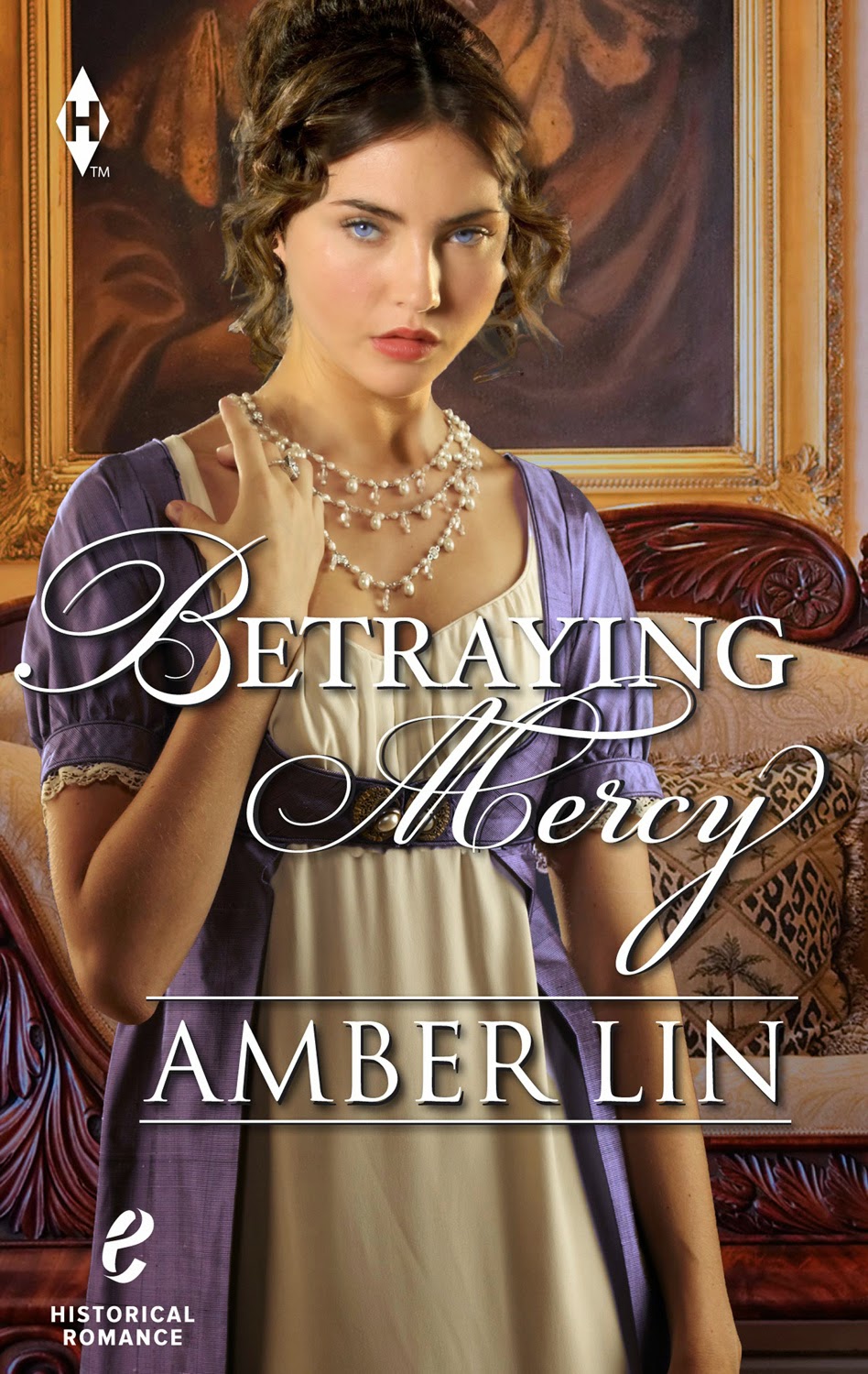 Can she be more than a mistress?

With a tarnished reputation, Mercy Lyndhurst expected to become the Earl of Rochford's mistress, not his wife. Immediately abandoned by her husband after their wedding, Mercy transformed herself from commoner to countess, vowing to protect the lands and people her husband was forced to leave.

Over the past six years, William has restored the family fortune all the while tortured by his memories of Mercy…and the dark night he killed a man. When a threat draws him home, William learns just how much has changed—including his wife. While the passion still flares between them, he fears he has wounded her too badly to regain her trust. But as the danger grows they must unite to save the estate…and possibly their marriage.

William stopped beside his horse, staring into the gray hills.

His heart squeezed tight. Murder. “He was going to hurt her. You saw it.”

“He was drunk and unarmed but for a piece of glass. You came to the house with a pistol. It will look like revenge. There are limits to what the law will accept, even for a peer.”

William paused, swallowed. “No. There aren’t.”

The young woman crossed the marshy grass in her thin nightgown—already halfway to translucence in the rain. She faced him with a blankness he recognized in himself. Shock at what had happened. Acceptance of what was to come.

Sweet little Mercy Lyndhurst, and here he was to defile her.

The last time he’d seen her she’d been a waif of a girl. Now she was all woman. And why shouldn’t he take her? He could have her and help her at the same time.

He examined her, struggling for detachment. Already the rain was clearing some of the fog from his mind, allowing rays of sanity to peek through. The thought of going home alone to the empty cavern of a house chilled him. He might as well be a stranger in his own lands for all that he knew anyone here.

He was selfish to take her this way, but concern whispered, too.

What would she do here? Jasper may have been a poor excuse for a caretaker, but a young woman with no means could starve in the next cruel winter. She deserved better than him for a rescuer, but he was all she had.

Another excuse. The simple truth was, he couldn’t quite bring himself to leave her here, in a place that reeked of death.

“Did you send the note?” he asked suddenly. He didn’t know where the idea had come from, but he knew the answer even before she nodded.

She’d sent the note, because she knew there was trouble. She’d used code from their childhood, so that he would understand. And that was as good a reason to take her as any—there were very few people he could trust.

To stay up to date with upcoming releases, sign up for her newsletter: http://authoramberlin.com/newsletter

Amber will be awarding a $10 gift card to Amazon to a randomly drawn winner via rafflecopter during the tour. Good luck!