Alexa currently promotes her romantic suspense, Profile of Terror, which sounds like a very intriguing read. Take a look!

Profile of Terror
by Alexa Grace 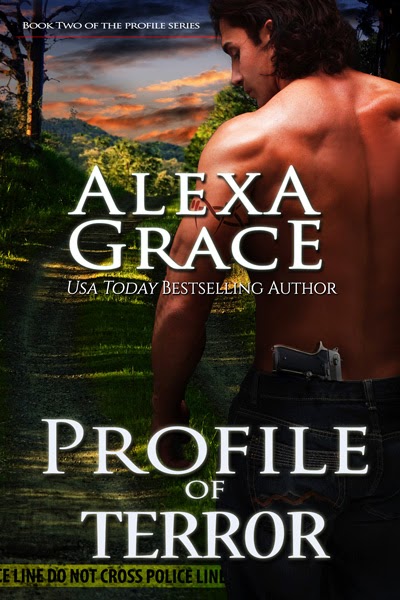 Two clever thrill killers are committing the most brutal, public, and horrifying abductions and murders in the county’s history.  The killers, known as the Gamers, have done this before, and are now upping their evil game to a new level.  The question is — can they be stopped before they kill again?

When an ex-girlfriend goes missing, Private Investigator Gabe Chase is obsessed with finding her.  But once her naked and posed body is discovered, the investigator becomes the investigated.  His passion for the victim’s beautiful sister is a complication he doesn't need, as he helps solve the county’s most baffling, terrifying murder cases ever.

Add a sociopathic serial killer who calls himself the Master.

A serial killer so deadly, the FBI’s behavioral analysts want to know when and why he began killing, as well as the identification and location of additional victims.  He will speak only to former federal agent, Carly Stone, a woman he blames for his capture.  When the profiler finds herself at the mercy of this ruthless killer, his becomes the most terrifying profile of all.

Three chilling villains, two passionate love stories, and pulse-racing suspense with startling plot twists keep readers on the edge of their seats from page one of this heart-pounding and unforgettable romantic suspense.

Sipping her coffee, Kaitlyn let her eyes move over him.  His jet-black hair curled over his ears and the collar of his white shirt.  Long and lean, with broad shoulders and a wide chest, he was handsome as the devil, with a few days growth on his sculpted jaw.  And why he seemed familiar to her was a mystery.

It was the muscles rippling under his white shirt that quickened her pulse as he leaned across the desk, dangerously close to her.  Kaitlyn decided Gabe Chase was too good-looking for his own good.  No, she corrected herself, he was drop-dead gorgeous.  That her sister dated him was no surprise.  To Abby, a man like Gabe would be another notch on her bedpost until she tired of him and threw him away like an old toy.

If that was what happened, she empathized with him.  She knew from personal experience that getting dumped was no picnic.

"I'm not surprised Abby didn't tell you she had a sister," Kaitlyn said softly.

"We aren't close by any stretch of the imagination.  Abby and I have polar-opposite personalities.  I'm the responsible, older daughter who has life goals, and Abby is the younger wild-child who's been giving my mother ulcers since she was fourteen-years-old.  If our father had stuck around, I'm sure she would have driven him to distraction, too."

"How did you find me, Kaitlyn?"  Gabe asked, with a long, searching look.

"After you left the apartment yesterday, I watched you talk with Abby's landlady. Once you left, I had a talk with Dr. Ramsey myself.  She told me who you were and gave me your business card.  Later in the evening, I parked outside your building.  I saw you pull up in your truck.  So I waited until you entered the building, opened your office blinds, and turned on the lights.  Then I slipped into the lobby to check the mailboxes — Gabriel Chase, Private Investigations, Suite 201."

"That doesn't explain how you got in my locked office."

Kaitlyn shot him a sly, secretive smile and said, "I have my ways."

"Besides accusing me of breaking and entering, why are you here?" he asked sarcastically, wanting to put all the pieces together.

"I want to hire you to find Abby."  Kaitlyn raised her eyes to his expectantly. 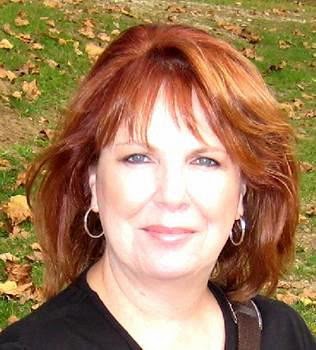 USA Today Bestselling Author,  Alexa Grace's journey started in March 2011 when the Sr. Director of Training & Development position she'd held for thirteen years was eliminated. A door closed but another one opened. She finally had the time to pursue her childhood dream of writing books. Her focus is now on writing riveting romantic suspense novels.

Author Alexa Grace is consistently listed in top twenty of Amazon's Top 100 Most Popular Authors in the categories Romantic Suspense and Police Procedural. She was named one of the top 100 Indie authors by Kindle Review. A chapter is devoted to her in the book Interviews with Indie Authors by C. Ridgway and T. Ridgway.

She became a USA TODAY Best Selling Author for her participation in THE PERFECT TEN book set.

Her writing support team includes five Miniature Schnauzers, three of which are rescues. As a writer, she is fueled by Starbucks lattes, chocolate and emails from readers.

Profile of Terror  (Book Two of the Profile Series)

Here's your chance to win!