November 12, 2014
Today, I'm thrilled to welcome a very special friend, author Nicky Wells. She had the wonderful idea to combine a New York Christmas with a romance of a special kind: he's a rock star! An intriguing mix, don't you agree? I can't wait to read it! 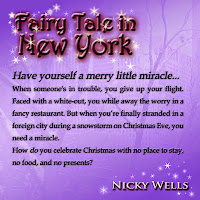 A Fairy Tale in New York… involving snow and a stranded rock star. What on earth inspired this story? I mean, the rock industry is hardly the stuff of fairy tales, or is it?

This is only one of the incredulous reactions I got when I first announced I was writing a Christmas book mixing together  Christmas with my love for rock, music, and fairy tales. Those ingredients go together perfectly, as far as I’m concerned.

Fairy Tale in New York is my version of the perfect Christmas story, and I really went all out on the happiness factor. Everything gets kicked off with an epic snowstorm—and I mean epic, of the ground-all-planes-and-halt-all-transport variety. You see, being snowed in somewhere is on my bucket list. I’ve always fancied being snowed in, if only just for a day. The drama, the excitement, and the snow!! (There’s really not enough snow in the season that the UK optimistically calls ‘winter’.)

Obviously there’s romance, because I’m a hopeless romantic. And true to form, there’s a rock musician because you know how much I love my golden-voiced bad boys. However, this story is about lead singer Jude as much as his girlfriend and baby daughter. Honestly, trust me, it’s a winner!

Last but not least, there’s a whole lot of new experiences for said rock musician that lend the story its panache and gravity. For despite all its good cheer and fluff (yes, fluff, it is a Christmas book after all!), I like to sneak in a message of personal growth and caring for others. Because that’s what Christmas is all about.

But why New York? I’m asked. Why not London, or anywhere else in England?

Well. *coughs, embarrassed* I wanted to take my characters somewhere different. New York City was on Jude and Carrie’s wish list I have to confess that this is in part because ‘Fairytale of New York’ by The Pogues is one of Carrie’s favourite Christmas rock tunes (see? Rock and Christmas totally go together!). So I thought…. Why not make their dream come true? After all, granting and fulfilling wishes for one’s characters is one of the perks of being an author-slash-creator. So between us, Carrie, Jude, and I had a lot of fun exploring New York in the snow and discovering some of the differences between an American Christmas and a British one. What’s that they say about being divided by a common language?

In fact, the connection with The Pogues song inspired a whole raft of Christmas-rock-tune related chapter titles, so I invite you to go and work out my playlist. Plus you can have fun playing spot-the-movie-reference bingo—I told you this is an all-out, all-round uninhibited Christmas fun story!

Here’s wishing you all a wonderful Christmas time. I’d love to hear what you think about my Fairy Tale! 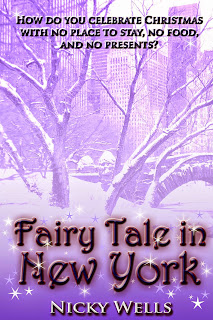 New York. A restaurant near Park Avenue. It’s early evening, and dusk is falling. So is the snow. Jude and Carrie are only killing time while they wait for their flight to London. They don’t know yet that their life will never be the same.

When rock star Jude gets stranded in New York with his family on Christmas Eve, he has no idea that he is setting in motion a chain of events that will turn their Christmas into the most magical one yet…

No good deed goes unpunished, or so it seems to Jude and Carrie on the morning of the twenty-fourth of December. The previous day, they gave up their London-bound flights to someone in crisis. And now, a spectacular whiteout is grounding all planes, and Jude, Carrie, and baby Maya are stuck far from home.

Tired, hungry, and just a little panicked, Jude loads his family into a cab and returns to their hotel. But there’s no room at the inn, and not even a platinum credit card will make a difference. Snow is falling heavily, and the family is facing a very bleak night indeed.

How do you celebrate Christmas with no place to stay, no food, and no presents? Join Jude, Carrie, Maya and a cast of colourful characters in this fairy tale story of Yuletide in New York.

Fairy Tale in New York is now available in Kindle and paperback editions from all Amazon domains, including: Amazon.co.uk | Amazon.com

****Stop press!! To celebrate the launch of Fairy Tale of New York, Nicky Wells is offering her previous Christmas novella, Spirits of Christmas, completely FREE on Kindle from 8 November until 14 November!
And that’s not all! Fallen for Rock will be only £0.77/$0.99 from 10 November until 16 November. Go on, treat yourself!****

About Nicky Wells: Romance that Rocks Your World! 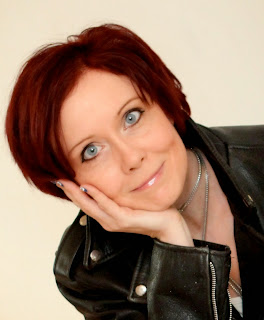 Nicky’s books offer glitzy, glamorous romance with rock stars—imagine Bridget Jones ROCKS Notting Hill! If you’ve ever had a crush on any kind of celebrity, you’ll connect with Nicky’s heroes and their leading ladies.

Born in Germany, Nicky moved to the United Kingdom in 1993 and currently lives in Lincoln with her husband and their two boys. Nicky loves listening to rock music, dancing, and eating lobsters. When she’s not writing, she’s a wife, mother, occasional knitter, and regular contributor at Siren 107.3 FM with her own monthly show. Rock on!

Did you know? There’s a single out now by Nicky’s fictional rock band Tuscq come to life!  “Love Me Better” is available for download from Amazon, iTunes and many other places.