Are you busy with your Christmas preparations? Cookies baked, shopping list written for the holidays? Or are you trying to escape it all?

We're still fairly calm here. Shopping isn't done yet, though we already have plenty of logs and coal to keep us warm at least. And wine, bubbly and beer chilled. But we'll do the food shop tomorrow. Not looking forward to facing the desperate crowds that pile up their trolleys like there's no tomorrow. Well, in this case, no post-Christmas. We'll see...

Right, so in the midst of all this festive chaos, Highland Arms was re-released through Crooked Cat Publishing. I'll always be grateful to The Wild Rose Press for giving me my first signed contract, but I'm also looking forward to new ventures. Highland Arms is the first in The Highland Chronicles series – a selection of historical romance adventures set in the Scottish Highlands during different time periods.

Highland Arms is set in 1720, five years after the first ill-fated Jacobite rebellion. Danger lurks all around you as the Jacobites are defeated, but not thrashed (like after the '45). So of course, my hero, Rory Cameron, is involved in some way. A rebellious Highlander waiting for his next chance. But along comes Miss Catriona MacKenzie, fresh from Edinburgh. And she pokes her nose into his business affairs, unravelling things that should remain hidden.

The second book in the series will be Highland Escape (working title). Starting with the battle at Falkirk in July 1198, it tells the tale of a young Scottish knight, Cailean MacKinnon, whose life is saved by an older knight, who then dies in a skirmish. Meanwhile, a group of English knights kidnap the dead man's daughter to marry her off to a mercenary in the pay of King Edward. Cailean manages to kidnap her from the kidnappers and takes her to his remote castle on the isle of Mull. But Isobel isn't the grateful heiress he expected to find, and she soon seeks a way off the island...

A third book is planned to take place 15 years after Highland Arms, around the time of the infamous '45 rebellion and will be based around a character who appears in Highland Arms as a crafty boy.

So, have I whetted your appetite? :-) Why not make a start on the series now!


Highland Arms is busy climbing the Amazon charts in the UK already,
currently at #65 in the Scottish Historical Romance charts. 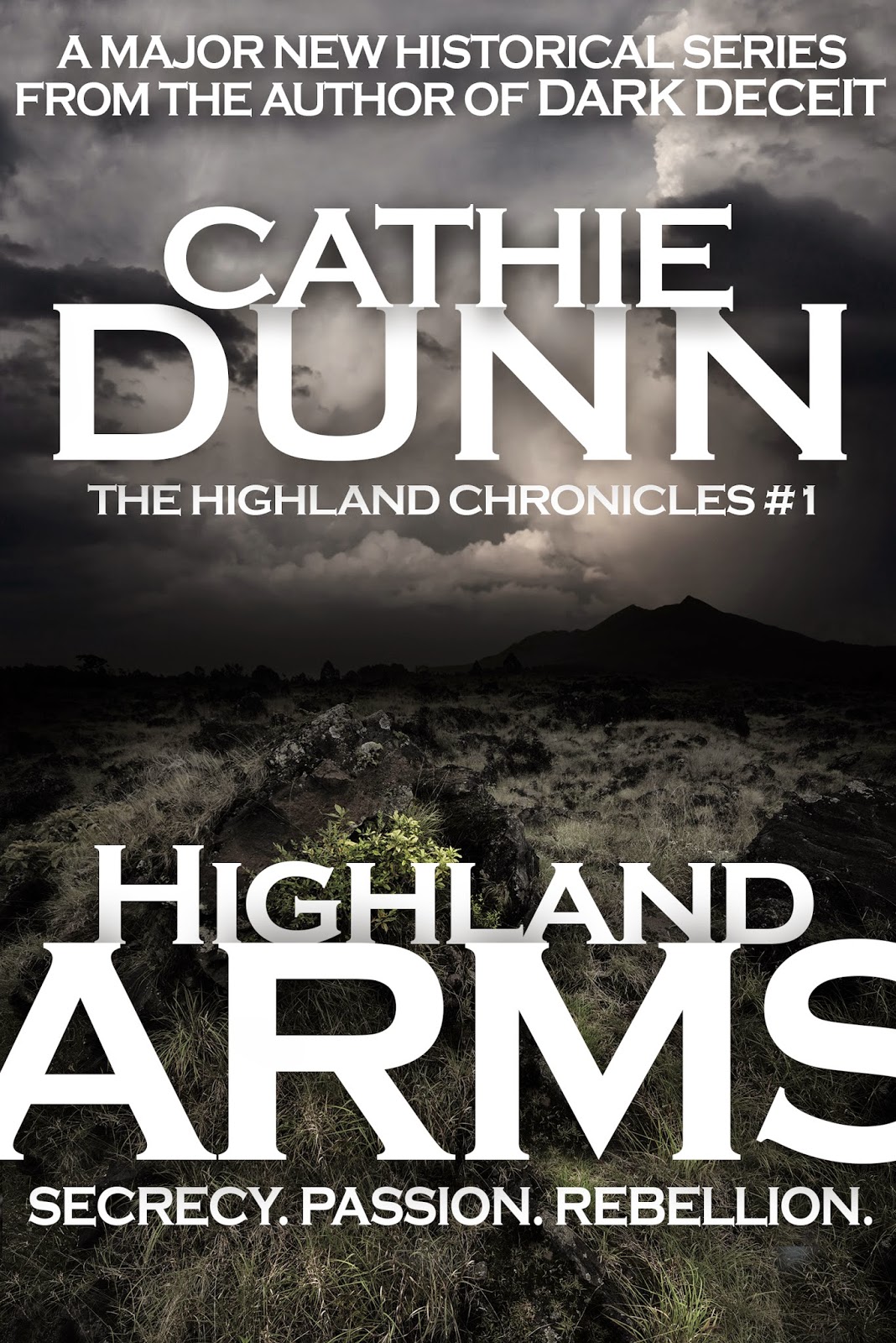 Betrayed by her brother’s lies, Catriona MacKenzie is banished from her home to her godmother’s manor in the remote Scottish Highlands. While her family ponders her fate, Catriona’s insatiable curiosity leads her straight into trouble–and into the arms of a notorious Highlander.

Five years after an ill-fated Jacobite rebellion, Rory Cameron works as a smuggler to raise money for the cause–until Catriona uncovers a plot against him and exposes his activities. Now, Rory is faced with a decision that could either save their lives or destroy both of them.

Highland Arms is the first in The Highland Chronicles series of historical romance novels set in the Scottish Highlands.