September 13, 2015
Today, my guest is author Margaret K Johnson. She tells us about Royaumont, the setting of her novel, A Nightingale in Winter, where a hospital was housed during World War I within the walls of a former Cistercian abbey. Remarkably for its time, it was entirely run by women!

A Nightingale in Winter, published by Omnific Publishing, is about Eleanor, a volunteer nurse (VAD), who is working in France during the First World War. Eleanor, who is running away from a traumatic past, throws herself into her work, and is always fascinated to learn about the latest medical advances and innovations – for example – the first blood transfusions. She begins to feel she would like to become a qualified nurse, or even a doctor after the war.
It’s no surprise then, that when she gets the opportunity to travel to Royaumont to visit a hospital run in a former 13th century Cisterian abbey, she jumps at the chance, putting aside her reservations about the impropriety of travelling unaccompanied with the handsome Dirk Loreson, an American journalist.

Royaumont, with its towering chestnut trees and surrounding forests and streams, is still a special place to visit. But it was even more special during World War One, because it was a hospital staffed entirely by women of the Scottish Women’s Hospitals. These pioneering women, most of them strong members of the Suffragette Movement, were determined to prove their worth and to be part of the ‘great adventure’ of the war.

The British forces declined their help, advising them to ‘Go home and sit still,’ but other countries, including Serbia, France and Belgium, were not so archaic in their thinking and happy to accept any help that was forthcoming. During the time it was open (January 1915 – March 1919), the hospital at Royaumont admitted nearly 11,000 patients, many of them with very serious injuries. The 600 bed hospital quickly gained a reputation for its excellent medical care. Being situated only 25 miles from the front line, its staff dealt with the train after train of casualties from the Battle of the Somme, many of whom had gas gangrene infecting around their wounds.

The hospital’s success was greatly due to its founder and chief surgeon, Dr Frances Ivens. Dr Ivens came across as such an interesting and strong character during my research, that I included her as a character in A Nightingale in Winter. Frances Ivens was pioneering in many ways, and her practises meant that the hospital was extremely successful in saving both lives and limbs that might otherwise have been amputated. She was a very inspiring figure, so I suppose I shouldn’t have been quite so surprised, following the publication of the book, to discover another novel that uses Dr Ivens and the hospital at Royaumont – In Falling Snow by Mary-Rose MacColl! Through my writing and research, I already felt I had a passing acquaintance with Frances, and now I could learn even more about her, since she plays a large part in MacColl’s novel. 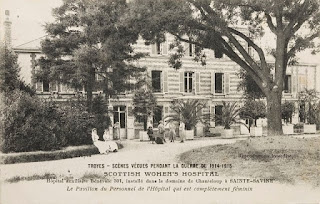 I do think that settings can become like characters in a book – when you have a place like Royaumont, where cloisters have to become hospital wards, laundry has to be hoisted up huge stairwells, and nightingales sing under the moonlight in the surrounding forests it cannot help but affect action and emotions. Although Royamont only features in a few chapters of A Nightingale in Winter, they are very important chapters for my character, Eleanor, for she is intoxicated by everything that is Royaumont. And Dirk, the American journalist? Is she intoxicated by him as well? You’ll have to read the book to find out! 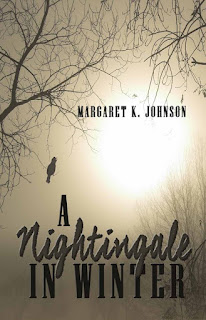 It is 1916, and The Great War is raging throughout Europe. Eleanor Martin is traveling to France to serve as a volunteer nurse. She only wants to bury herself in her work on the Front and forget her traumatic past. But when her ship is torpedoed, Eleanor has to act quickly to save an American journalist’s life. As she cradles Dirk Loreson’s broken body in her arms, speaking to him to keep him conscious, the possibility of a whole different future begins to open up for her.


Leo Cartwright, an ambitious artist, is also en route to the Front. A ruthless man who will stop at nothing to find inspiration for his paintings, Leo’s path is destined to cross with Eleanor’s. As she comes under his spell, will she find the strength to resist his demands? Will she trust her growing love for Dirk?

A Nightingale in Winter is about courage and searing ambition at a time when the very foundations of the world have been shaken.

A Nightingale in Winter is available in ebook and paperback formats. 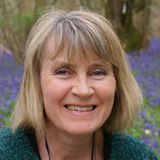 Margaret K Johnson began writing after finishing at Art College to support her career as an artist.

Writing quickly replaced painting as her major passion, and these days her canvasses lay neglected in her studio. She is the author of women’s fiction, stage plays and many original fiction readers in various genres for people learning to speak English.

Margaret also teaches fiction writing and has an MA in Creative Writing (Scriptwriting) from the University of East Anglia. She lives in Norwich, UK with her partner and their bouncy son and dog.