September 06, 2015
Today, I welcome the lovely Sue Barnard to My Place. Not only is Sue a highly talented writer, she's also a history nut (sound familiar?) - and she studied Italian and French, two languages I love. :-)

Sue's novel, The Ghostly Father, tells an alternative story to Romeo & Juliet, the world's most famous – and most tragic – romance. Today, she's telling us more about them, and their city of Verona...

~~~
Two households, both alike in dignity,
In fair Verona, where we lay our scene,
From ancient grudge break to new mutiny,
Where civil blood makes civil hands unclean.
From forth the fatal loins of these two foes
A pair of star-cross’d lovers take their life,
Whose misadventured, piteous overthrows
Do with their death bury their parents’ strife…

So begins William Shakespeare’s tragic tale of Romeo and Juliet, the story for which the city of Verona is justly famous.

In fact, more than one-third of Shakespeare’s plays are set wholly or partly in Italy, and all of them display an amazingly detailed knowledge of the country, its customs and its people.  Indeed, some Shakespeare scholars believe that this is where his so-called “lost years” (between leaving his home town of Stratford-upon-Avon in 1585 and arriving in London seven years later) were in fact spent.

The jury is still out on whether or not this is true, but the fact remains that Verona (perhaps more than any other place which is the setting for a Shakespeare play) has definitely made the most of this association.  Fans of Romeo & Juliet can now visit several sites in the city which claim to have links with the characters and events from this iconic love story.

The best-known and most popular of these is the Casa di Giulietta (Juliet’s house), situated in a small courtyard just off the busy Via Cappello.  The attraction itself is a twentieth-century invention, but the three-storey period house is tastefully and sensitively furnished, and includes some of the costumes and furniture which were used in Franco Zeffirelli’s wonderful 1968 film.

The courtyard, which is free to enter, is home to a bronze statue of Juliet – no doubt a reference to Lord Montague’s promise to “raise her statue in pure gold” – and is overlooked by a small but perfectly-formed balcony which is accessible from inside the house.

A couple of blocks away, along the Via Arche Scaligere, is the Casa di Romeo (Romeo’s House).  This impressive-looking fifteenth-century building is believed to have originally been the home of the Montecchi family (who became the Montagues in the play).

The house is now a restaurant.

The other main attraction is the Tomba di Giulietta (Juliet’s tomb) – a fine red marble sarcophagus which can be found in the medieval cloister of a former Capuchin monastery.  This is the scene where, in Shakespeare’s play, Friar Lawrence’s plan to reunite the lovers goes so horribly wrong – but where, in my version of the story, events take a slightly different turn.

A short walk away is the magnificent San Remo church with its highly unusual two-storey structure.

Although there is nothing to link this church directly to the story of Romeo & Juliet, I can easily imagine the chapel in the crypt being the location for the lovers’ secret wedding.

But Verona isn’t just about Romeo & Juliet; visitors who can tear themselves away from the story of the star-cross’d lovers will find lots of other things to entertain them.  The amazing Roman Arena, which flanks one side of the Piazza Brà, is now home to the famous annual Verona Opera Festival.

Other attractions include the Giardino Giusti  gardens, the Roman Theatre, the historic Castelvecchio, and an awesome array of fascinating churches.  One of my favourites is San Zeno Maggiore, a short distance from the city centre.  This spectacular medieval basilica boasts some amazing frescos of the Last Supper, at which the Disciples appear to be eating roast scorpion washed down with pints of Guinness or lager!

My personal favourite place in Verona is the discreet spot where tasteful homage is paid to the English playwright who placed the city so firmly on the literary map.  In one corner of the Piazza Brà, adjacent to the large arched portal which marks the start of the road to Mantua, is a small bronze bust of Shakespeare himself.  Alongside, in English and Italian, are inscribed the words spoken by Romeo on receiving the news of his banishment from Verona:

There is no world without Verona walls
But purgatory, torture, hell itself,
Hence banishèd is banished from the world,
And world’s exile is death.

All in all, fair Verona is a truly remarkable place, and a worthy setting for what is probably the world’s most famous love story. 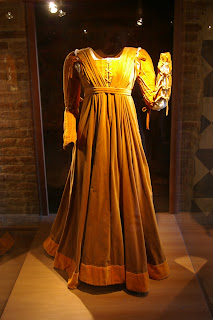 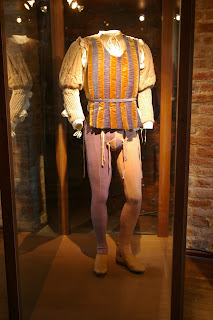 The Ghostly Father by Sue Barnard: 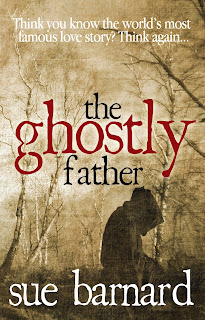 Romeo & Juliet - was this what really happened?

When Juliet Roberts is asked to make sense of an ancient Italian manuscript, she little suspects that she will find herself propelled into the midst of one of the greatest love stories of all time. But this is only the beginning. As more hidden secrets come to light, Juliet discovers that the tragic tale of her famous namesake might have had a very different outcome...

A favourite classic story with a major new twist.

Sue was born in North Wales but has spent most of her life in and around Manchester. After 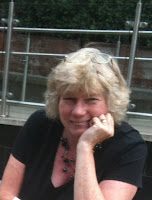 graduating from Durham University, where she studied French and Italian, Sue got married then had a variety of office jobs before becoming a full-time parent. If she had her way, the phrase "non-working mother" would be banned from the English language.

Since then she has had a series of part-time jobs, including some work as a freelance copywriter. In parallel with this she took several courses in Creative Writing. Her writing achievements include winning the Writing Magazine New Subscribers Poetry Competition for 2013.

Sue has a mind which is sufficiently warped as to be capable of compiling questions for BBC Radio 4's fiendishly difficult Round Britain Quiz. This once caused one of her sons to describe her as "professionally weird." The label has stuck.

In addition to working as an editor for Crooked Cat Publishing, Sue is the author of three novels: The Ghostly Father, Nice Girls Don't and The Unkindest Cut of All.

She is also very interested in Family History. Her own background is stranger than fiction; she'd write a book about it if she thought anybody would believe her.