Explore the Tower of London with author Jennifer C Wilson

January 30, 2016
Today, I'm delighted to welcome author Jennifer C Wilson. Her recent release, Kindred Spirits: Tower of London, will make you giggle. Follow the ghosts of King Richard III, and Tudor queens Katherine Howard and Anne Boleyn as Richard as they while away the nights – and the days – at the Tower of London! But Richard is on a quest... 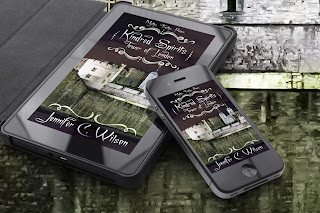 Hi Cathie, thanks for being so kind as to invite me onto your blog today. 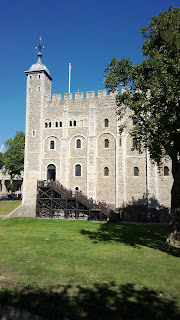 If we’re honest, it’s hard to resist “targeted overhearing” when we come across interesting conversations (Ok, yes, I mean eaves-dropping!). But what about historical eaves-dropping? What was really said behind closed doors? Given that we clearly can’t know for certain, we may as well be a little creative… And going even further, adding the idea of chatty (and chatting) ghosts, the possibilities are almost endless.

So I let them.

There are so many tales in and around the Tower, the hardest part was picking which to follow. Even now, I’m reluctant to read too much about the Tower, for fear of finding somebody else who I wish I’d included. Maybe one day I’ll pay some others a bit more attention.

For now though, I hope you enjoy meeting the ones which came along for a chat this time. And, until Thursday 4th February, it is available for just 99p/c. Happy ghost hunting! 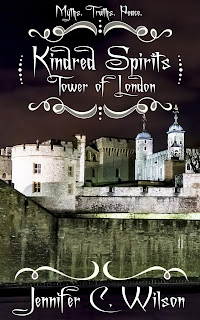 A King, three Queens, a handful of nobles and a host of former courtiers…

In the Tower of London, the dead outnumber the living, with the likes of Tudor Queens Anne Boleyn and Katherine Howard rubbing shoulders with one man who has made his way back from his place of death at Bosworth Field to discover the truth about the disappearance of his famous nephews.

Amidst the chaos of daily life, with political and personal tensions running high, Richard III takes control, as each ghostly resident looks for their own peace in the former palace – where privacy was always a limited luxury.

With so many characters haunting the Tower of London, will they all find the calm they crave? But foremost – will the young Plantagenet Princes join them? 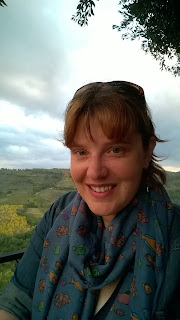 Enrolling on an adult education workshop on her return to the north-east reignited Jennifer’s pastime of creative writing, and she has been filling notebooks ever since. In 2014, Jennifer won the Story Tyne short story competition, and also continues to work on developing her poetic voice, reading at a number of events, and with several pieces available online. Her debut novel Kindred Spirits: Tower of London was published by Crooked Cat Publishing in October 2015.