October 01, 2018
Today, as we’re nearing the 566th birthday of Richard III, made infamous by a certain Bard and various Tudor chroniclers, I have another treat in store for those who remain staunchly on Richard’s side.

Jennifer C. Wilson’s romantic time-slip novella, The Last Plantagenet?, is a beautiful read, set days before the battle of Bosworth where Richard was killed. It’s the kind of ’alternative history’ story that romance authors are so brilliant at writing. I read it when Jennifer first released it, and we’re now delighted that she’s joining our small author cooperative, Ocelot Press. A warm welcome to Jennifer!

So, if you love reading about Richard, discover one of the many ’what ifs’ that abound...


All Kate had wanted was a fun, relaxing day out, watching the knights jousting at Nottingham Castle. What she ended up with was something quite different.
Transported in a heartbeat from 2011 to 1485, how will Kate handle life at the Ricardian court? Even more importantly, how will she cope when she catches the eye of the king himself?
Find out in this ’giddily romantic’ romp, set just prior to the Battle of Bosworth. 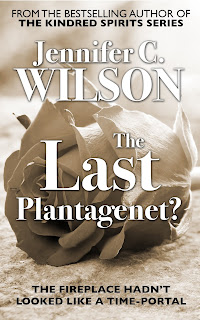 Richard III as a romantic hero? And why not…
Whilst this was never going to be the intended Mills & Boon project it was intended to be, The Last Plantagenet? became instead my first foray into historical romance, albeit with a timeslip element.
Let’s be honest, Richard III has had a hard time of it over the years, what with the accusations of murdering almost anyone who died during his reign, being a hideous cripple, and of being the worst king that ever happened to us, the country happily being rescued by heroic Henry Tudor. Well. The tables have been turning, bit-by-bit, and novels have played a big part in that. Having read some of these, I was keen to see if I could be a part of it, and reading about the Mills & Boon Historical Undone imprint, including a hint of the supernatural or paranormal, I thought I could see a ‘way in’.
Suddenly, the first line fell into place: The fireplace hadn’t looked like a time-portal.
After that, albeit with a few false starts and dead-ends, I set off. It wasn’t all smooth-sailing – I’d never written anything like this before, with time-travel, and although the notion of Kate slipping back in time to 1485 was a gift, plot-wise, the actual logistics were a challenge. Happily, I’m part of a writing group which has a few fantasy-writing members, and by reading sections in group, and asking friends to read over the manuscript, I managed to get it sorted.
I was also very aware that, unlike in the Kindred Spirits stories, the historical fact needed to be accurate, given that the majority of the book this time was set in a true historical period. I have a book which outlines the last 100 days of Richard III’s reign, where he was, and what was happening in the wider context, in terms of Henry Tudor’s movements, communications with key allies, and Richard’s own actions according to the record. This was extremely useful, even though at one point, despite checking and double-checking, I managed to have Kate waking up three times on what should have been the same day! Eventually, though, things managed to fall into place, each day had only one morning and one evening, and my timeline was right. Having that real skeleton of facts to hang the story on really helped – Richard had to leave Nottingham Castle on a certain day, because history says he did, and likewise, I knew which date he had to come back on too. 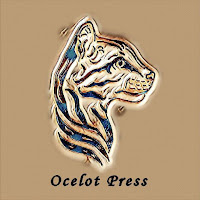 Having read so many wonderful historical romances over the years, I really enjoyed spending time in that world, immersing myself in what people of the era were doing, how they thought and spoke, and indeed, how a modern woman would have dealt with being thrown into the middle of it all. It’s certainly set me up nicely to tackle my next-but-one project, which will be my first foray into ‘traditional’ historical romance, no sign of ghosts or timeslipping whatsoever this time, eep!
For now though, it’s been lovely spending a bit of time back with The Last Plantagenet?, and re-reading the novella, checking through some of those pesky timelines again, and generally catching up with my lovely version of Richard III. And I’m thrilled that the reason behind that is because it’s being re-released and moved to Ocelot Press, a cooperative of like-minded authors, working together to support each other through our self-publishing. Definitely worth checking out!
The Last Plantagenet? is available as an ebook, or on Kindle Unlimited, here.
~~~
About Jennifer


Enrolling on an adult education workshop on her return to the north-east reignited Jennifer’s pastime of creative writing, and she has been filling notebooks ever since. In 2014, Jennifer won the Story Tyne short story competition, and also continues to work on developing her poetic voice, reading at a number of events, and with several pieces available online.
Her Kindred Spirits novels are published by Crooked Cat Books and available via Amazon, along with her self-published timeslip novella, The Last Plantagenet?
She can be found online at her blog, and on Facebook, Twitter and Instagram.