December 15, 2018
It's finally time for some fantastic news:

I'm so thrilled to share that A Highland Captive is now online, on pre-order at Amazon, for only 99p / 99c. So head over there now and reserve your copy: http://mybook.to/HighlandCaptive

Cailean MacDubhgaill, a knight from a small western island fighting for the Scottish cause, joins the battle at Falkirk but is wounded when he takes a blow to the thigh by an axe. Sir Eoín de Moray, uncle to his late friend, the former guardian, Andrew, helps him escape the carnage and takes him into a nearby forest, but is killed whilst fighting off pursuers.

Once Cailean has recovered from his injuries with the help of the healer Eithne, he rushes to de Moray’s manor on the northern shores of Loch Ness to convey the news to de Moray’s daughter, Isobel, but he is too late. He finds the manor burnt down, its people displaced, and Isobel abducted. Determined to honour the knight who had saved his life, he tracks Isobel down.

Finding herself taken away from her home against her will, to be married off to an English lord in service to King Edward I, Isobel de Moray ponders her fate when a nighttime raid on the mercenary camp sees her freed – only to fall into the hands of a strong-minded knight. The stranger takes her to his keep on the remote island of Eorsa, to keep her safe.
But Isobel has other ideas…

As all my stories, A Highland Captive is a mélange of romance, historical setting and adventure. As part of my new Highland Chronicles Tales, readers can expect a hero with a personal dilemma, a heroine with a mind of her own, historical events that impact on the characters' lives, and the stunning backdrop of the Scottish Highlands and islands.

The Scottish Wars of Independence were a time of shifting royalties, not just Scots vs English, but families with personal interests on both sides on the border playing dangerous games.


As a main setting, I have chosen the tiny island of Eorsa, off the larger isle of Mull in the Inner Hebrides, for the fictional keep of Cailean MacDubhgaill. I was searching for a remote setting that could still be reached swiftly. Then there are the MacDubhgaill strongholds of Aros and Dunstaffnage, for which I found useful information during my research.

So, with all that in mind, I hope you'll be enjoying A Highland Captive! 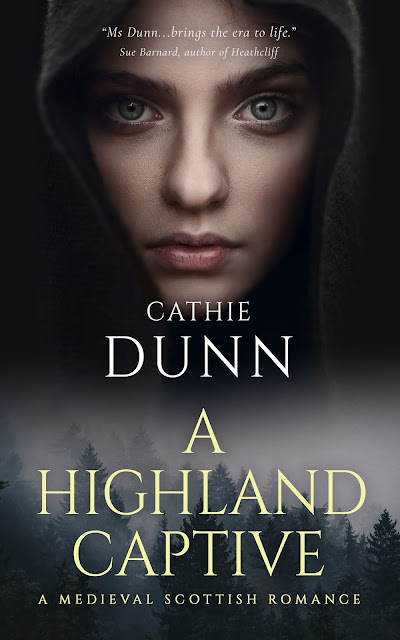