May 07, 2019
I'm delighted to welcome author Jen Black to my blog. Jen writes historical fiction, and today, she tells us a bit more about something vital to writing historicals: research!

The thing about writing historicals is that there is always research to be done. Not only on what happened when, to whom and why, but also on locations. Visiting the places that feature in stories is often illuminating. Victorian, Georgian, and even Tudor buildings are not too hard in the UK, but when I made a 4-day trip to Dublin, I discovered that the street I had chosen to house my heroine’s home was still there. I walked up and down Fishamble Street with my eyes as wide as they would go. Why was I so delighted? Because I had set my story in the eleventh century – almost a thousand years ago.

The street looked nothing like the scene I had envisaged, but that didn’t spoil things for me. There might be ordinary brick buildings there now, but the shape of the street was the same, I could see how steep it was; and if I could see the river or the sea from any part of it. Which way to the old quays; how close would they have been?

Dublin was an ancient settlement when the Vikings arrived and there is a great deal of archaeology on the various online sites. Maps of the settlements were drawn by scholars and today most of them are easily found by googling Viking settlements in Dublin. They showed the layout of the Viking town and the development from the earliest settlement to the 1200s, which covered my period of interest. I noticed how much shallower and wider the river had been before Lord Sitric confined and reclaimed swampy, tidal land to extend the township.

Setting Far After Gold in the north west of Scotland was better, because I had spent many holidays there, and worse because, even though there was a large Viking settlement at Ullapool, there are no records to match the chronicle of Irish history known as the Annals of the Four Masters. The Annals exist because Irish Franciscans began to reassemble the documentary evidence of Ireland’s history in the early 17th century. The entries are understandably sparse for the period of prehistory, but grow progressively more informative as the "Annals" progress to 1616 AD.

Unhappily, Scotland cannot offer anything similar. When Edward of England rode north in 1296 he destroyed all symbols of Scottish sovereignty and burnt the national records. Scottish historians must therefore rely on outside sources such as the Irish Annals, the Icelandic sagas and the Anglo-Saxon chronicles.

In his preface to his 1998 novel High Kings and Vikings, Nigel Tranter mentions the lack of historical records and talks of “much later accounts, traditions and folklore, often very doubtful as to fact, written to favour causes and especial interests, often mythical and frequently contradictory. Historians…have had to pick and choose what to believe, with consequent controversy and dispute.”

I found this to my cost when I was writing Alba is Mine, released 1st October 2017. In one way, the lack of authentic records frees an author to select personal preferences or cherry-pick facts that suit the plot. In another, it lays the work open to claims of falsehood or of playing fast and loose with the facts. The poor author makes a choice and has to put up with the comments that often follow publication.

http://www.ullapool.com/ullapool-history was a starting point for an introduction to the Ullapool area. The latest large-scale maps show whereabouts of settlements, brochs, rivers and fords. Describing the landscape is easy if you have walked through it, though allowances must be made for the changes that may have taken place. Forests are smaller now than in the tenth and eleventh century; land was undrained and often swampy. Fords and known tracks were few and travel by sea was deemed much easier than travel by land.

If the writer has not experienced the weather of the north west in the summer and early winter months, there are climate charts showing average and extreme temperatures and rainfall to give some idea. Charts exist that tell the phase of the moon on the day of your choice, but you may not choose to research into so much detail. If you do, be aware that there will always be someone happy to tell you that you got it wrong!

Research into flora and fauna is essential; wolves and bears no longer roam in the UK but were certainly present as late as the mid-1700s in Scotland. Wild bears were still caught and cruelly thrown in bearpits for human amusement during Tudor England.

Archaeology has grown in popularity via television programmes like the Time Team. The proliferation of scholarly articles, books, and periodicals provides a great deal of information about dwellings, graves, artefacts, crops and food. All can be incorporated by the author – but hopefully selectively.

Nowadays it is so easy to use Google to ascertain facts that one would silly not to if one remembers Tranter’s warning; not all websites are historically accurate.

Google Earth is fantastic for giving an author a feeling for the size and geography of a place, an idea of where you might beach a ship or find a way through the mountains. Contour lines of maps suggest whether a traveller might end up in a bog or fall over a cliff.

There is a fabulous website for maps hosted by The National Library of Scotland: http://maps.nls.uk/towns/ offers a collection of online maps of Scottish towns from the 1580s onwards and I spent hours studying them for my three historical novels set in Edinburgh and Stirling during the mid-1540s. The magnification allowed me to see individual buildings on the old Edinburgh High Street most clearly. I intend to find a similar thing for England, but have not found one yet. If you have, do let me have the link! 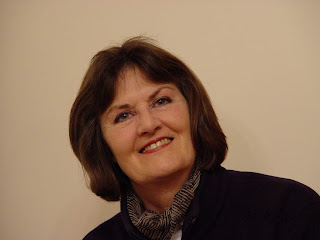 Jen has always lived in the North East of England and currently resides in the lovely Tyne valley between Hexham and Newcastle. On a clear day she can see across Northumberland to the hills that mark the border with Scotland, and the beautiful unspoilt coastline of Northumberland is barely thirty minutes away by car.

She has a degree in English Language & Literature, a great love of history, her dog Tim and takes pics wherever she goes. You could visit her blog at http://jenblackauthor.blogspot.com or find her on Twitter at @JenBlackNCL.

Thank you, Jen, for this useful post. I love researching. Not only does it tell you a lot about life in different times, but it also gives me ideas for subplots and characters.

Writing Scottish historical fiction, I have discovered similar constraints. I agree that visiting a place gives you a sense of the place, even in our modern times. Whether that's a Scottish castle ruin (Dunnottar and Kildrummy spring to mind) or The Tower of London, I always get a feeling of immersing myself in the local history.

I would also add checking out local historians to your suggestions. When researching the area around Loch Linnhe, I found some gems by local historians in the Ballachulish tourist info – narrow booklets that outline tales and written details of the area. 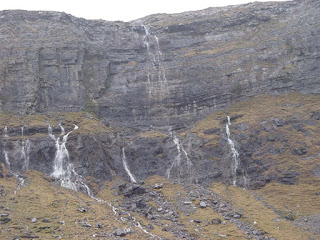