Love Lost in Time: an excerpt

July 05, 2019
As I'm struggling to finish the contemporary part of my dual-timeline mystery, Love Lost in Time, I thought I share with you a brief excerpt. A little teaser, if you like.

Having written several historical novels, getting my writing mind to accept modern technologies and communications is a bit bizarre. But I'll get this done, one way or another! lol

About Love Lost in Time:

Maddie Winters, a history lecturer and author, inherits her late French mother's house near the historic town of Carcassonne in the south-west of France. During renovation works, she discovers several ancient bones which turn out to belong to a woman who had lived in the area, then called Septimania, over 1,200 years earlier.

But just who was she? And why was she not buried properly? 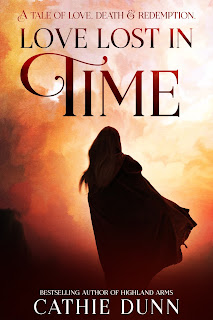 The silence of the house unnerved Maddie. Only in remote places had she experienced such quiet. Out in the open countryside she’d welcomed it. The past was talking to her there, in ancient ruins or painted caves.
Here, within the confines of the stone walls, it was different. Goosebumps rose on her skin and she quickly brushed her hand over them. “You can hear yourself think,” she joked, her laugh hollow. In York, there was always noise, even when she closed her double-glazed windows. Trucks, drunk students, barking dogs, day and night. York was alive. This place was dead.
“Dead.”
Maddie stared at the lady in the painting, the only wall ornament in the room. Yes, she was dead, too, so she clearly was in no position to whisper. Shrugging off the uneasy sensation as a trick of the mind, Maddie averted her gaze. Most likely the poor woman had died of boredom if she was local. Maddie snorted.
Her stomach rumbled, and she checked her watch. 7.25 pm. “Time for food,” she said aloud to break the silence. She went into the kitchen and opened the fridge – another relic from the 1980s. Its humming was a welcome sound.
Last night, she had found that the pre-made pizza she’d bought at Carrefour was a waste. The oven, connected to a portable gas canister in the cupboard beside the cooker, could not heat it into an edible form. At first, it was still frozen. Then, an hour later, it had become burnt on the surface, and the base was rock hard. Eating it would have seriously threatened even the healthiest set of teeth! So tonight, she would cook.
Maddie hated cooking. But in the absence of a decent oven, or even a microwave, she had no choice. She lit two rings on the gas hob, put some butter into a much-used frying pan, set it on a ring and placed a saucepan filled with water on the other. She found a worn chopping board and discarded it immediately. The germs on that must be having a ball!
She took two plates from the dresser and scrubbed them under the slowly-heating water of the tap before using one to cut up mushrooms, tomatoes and half of a huge green pepper. “Nice to see tomatoes are less watery here,” she quipped. Then she chucked them into the pan. Adding ready-made tomato sauce from a jar, she stirred the bubbling mass.
“Damn! Forgot the seasoning.”
She poked her nose into the small larder behind the kitchen, not looking too closely into the dark cobweb-covered corners. “Ah!” Genevieve’s herb shelf revealed salt, pepper, paprika, and a jar of surprisingly fresh-smelling dried herbes. This would do. She grabbed the herbs and spices, and returned to the kitchen.

Love Lost in Time is due to be released later in the summer. Wish me luck!