August 07, 2019
I'm delighted to take part in romance author Laurie Benson’s review blog tour for her new release, Mrs Sommersby's Second Chance, at Rachel's Random Resources – and what a pleasure it was to read this beautiful romance!

A historical romance with a difference

Clara Sommersby is a fiercely independent widow who, cleverly, invested money in a ’shocking' way rather than tread the usual fate of widows, becoming a companion or remarrying swiftly. As such, she has learnt her lessons from life with her late husband, and she vows never to depend on a man again – or to marry again, for that matter.

William Lane's humble background as a foundling – a baby dropped off at the Foundling Hospital in London without any trace of his family –  and subsequent apprenticeship at a bank has led him to become a determined self-made businessman in his own right, yet fully aware of the conventions of the day. His past is like a chip on his shoulder, so instead he throws himself into lucrative projects – such as wanting to establish a new place in Bath where people can drink and bathe in restorative waters.

Clara and Lane meet at one such bath where he drinks the warm water for the first time. There is an immediate spark, but these are two people who have established much in their lives, and who are not easily taken to follies.

Ms Benson defines her characters very well. Clara and Lane are likeable, and you could even say modern in their outlook, yet they firmly remain people of their time, with all the restrictions society imposed. However, I found it easy to see their reasons as their acquaintance progresses without them falling foul of ’modernism’.

When Clara's Cavalier King Charles pup, Humphrey, gets her into an impossible situation, and she relies on Lane to assist her, sparks begin to fly between these mature protagonists.

And of course Clara soon realises that she did not wish Lane to pursue a neighbour's daughter, but how could she have him for herself when she's determined not to give up her independence.

When Lane's plans for his project go awry, he acutely feels the impediment of his background and Clara's fierce independence, and he reassesses his intentions and returns to London, throwing himself into his other businesses.

But will a small token heal old wounds and bring them together?

It's refreshing to read a romance novel where the heroine is of a certain age and the hero is younger. As I am an ’older’ woman married to a ’younger’ man, I'm thrilled that the author flouted traditional romance conventions and provided us with a realistic and gripping story.

A thoroughly enjoyable and intriguing read! 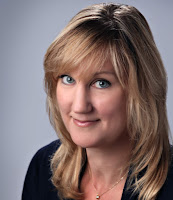 Laurie Benson is an award-winning author who writes flirty and frisky Regency romances. She began her writing career as an advertising copywriter, where she learned more than you could ever want to know about hot dogs and credit score reports. Now, she is happy to put that behind her and spend her time writing stories that take her and her readers on a romantic adventure. When she isn’t at her laptop avoiding laundry, Laurie can be found browsing antique shops, going on ridiculously long hikes, or sitting in her car on the school pickup line. She lives with her husband and two sons in a house filled with testosterone—even her bunny is a boy.
~~~
Social Media Links:
Facebook: https://www.facebook.com/LaurieBensonAuthor
Twitter: https://twitter.com/LaurieBwrites
Pinterest: https://www.pinterest.fr/lauriebensonauthor/
Website: http://lauriebenson.net
~~~
Giveaway to Win 2 x Paperbacks of His Three-Day Duchess by Laurie Benson (Open INT) 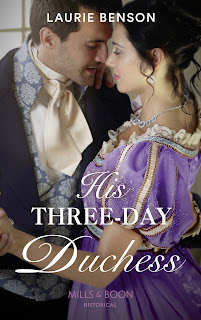 *Terms and Conditions –
Worldwide entries welcome. Please enter using the Rafflecopter box below.  The winner will be selected at random via Rafflecopter from all valid entries and will be notified by Twitter and/or email. If no response is received within 7 days then Rachel’s Random Resources reserves the right to select an alternative winner. Open to all entrants aged 18 or over.  Any personal data given as part of the competition entry is used for this purpose only and will not be shared with third parties, with the exception of the winners’ information. This will passed to the giveaway organiser and used only for fulfilment of the prize, after which time Rachel’s Random Resources will delete the data.  I am not responsible for despatch or delivery of the prize 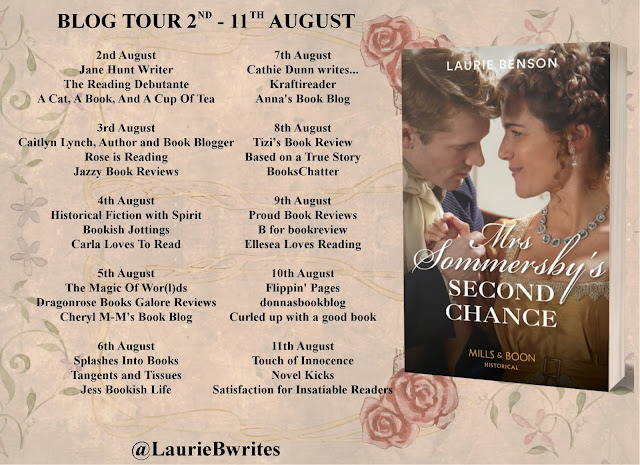