Love Lost in Time is finally available on pre-order from Amazon through Ocelot Press!
It’ll be released on 28th November 2019, my 11th wedding anniversary. Thrilled to bits!

Based partly on a true story, Love Lost in Time is a dual-timeline mystery set in the late 8th century and the present day, right here in the Languedoc in south-west France.

The ’true story’ part is the bit where my present-day character, Maddie, finds several old bones under her kitchen floor. This happened to my former neighbours in a small Minervois village – they even showed me some remnants of bones and parts of a cranium. Needless to say, it inspired a plot, and Love Lost in Time is the result!

The ’historic’ part of the novel is set in Carcassonne from AD 777. Bellon was known to be the first count of the stronghold, and a Christian, and he lived at the time when Charlemagne and his Franks expanded into Septimania, as the Languedoc-Roussillon region was called then. Nothing is known of Bellon’s wife, though the names of his sons are known.

That made it much easier for me to arrange a strategic marriage with Nanthild, the daughter of a Frankish knight! Apart from the fact that such an alliance made perfect sense, after decades of upheaval and warfare... 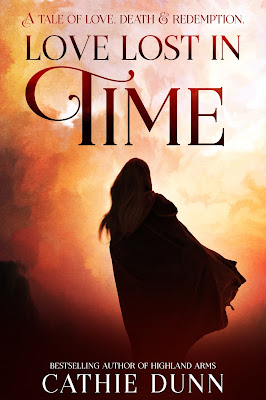 Madeleine Winters must live in her late mother’s old stone house in south-west France for one year before she can claim her inheritance – and sell it! Reluctantly leaving her life in England, she begins to renovate the house. But she’s not prepared for all the discoveries…
Is it her imagination when she hears a woman’s voice? Or when the ground shakes?
When ancient human bones belonging to a female are found beneath the kitchen floor, the mystery deepens. How did the woman end up buried, without a sarcophagus and all alone, in that particular spot in the Cabardès hills?
And why were her bones broken?
AD 777
Septimania, on the coast of the Mediterranean Sea
17-year-old Nanthild attends Charlemagne’s court with her father, where she is introduced to Bellon of Carcassonne. Unimpressed by the blustering young warrior, Nanthild is shocked when Charlemagne and her father arrange their wedding as a gesture of ensuring Bellon’s support in the king’s conquest of the volatile southern region of Septimania.
Despite his Visigoth origins, Bellon is installed as Count of Carcassonne, and he soon has to face challenges to Frankish rule that often keep him away from home – and his family.
Bellon’s absences make it easy for Nanthild to keep her calling as a healer and wise woman from him, and she continues to visit those in need of her help.
But dangers lurk on her journey…

Love Lost in Time is now available to pre-order in Kindle format on Amazon.
A paperback version will follow closer to the release date on 28th November 2019.