Review: Secrets of a Highland Warrior by Nicole Locke

September 02, 2019
I’m thrilled to share my review of Nicole Locke’s intriguing romance, Secrets of a Highland Warrior, as part of the author's blog tour with Rachel’s Random Resources.

As you will know, I love a gripping Highlander romance, and Secrets of a Highland Warrior did not disappoint. A Highlander in search of his rightful place, a healer who keeps a long-held secret, and a remote setting in the beautiful Scottish Highlands. Perfect!

The year is 1293, and Rory Lochmore travels to clan McCrieff whose lands are bordering theirs. After a feud running for decades, the Lochmores supported King John Balliol, so King Edward I has granted parts of McCrieff lands to the Lochmores, and Rory arrives to claim it.

What Rory doesn’t expect is for the chief of the McCrieffs, Hamish, to lie ill, unresponsive, and for the tanist to agree to the king’s demand – but under one condition: Rory is to marry Ailsa, his daughter!

Ailsa, healer and tanist’s daughter, is headstrong and blunt. Unusual for women of her era, and Rory is annoyed at first, but slowly grows to be intrigued by her free spirit. Neither wants that marriage, but both know their duties to their clans.

What Rory doesn’t expect is a clan divided, and for long-buried secrets to be exposed that impact on his very being.

Secrets of a Highland Warrior is a novel full of intrigues, with a strong focus on the main characters and their paths. They are clearly defined – Rory, trained as a warrior by his aloof father, still looking for his role; Ailsa, tanist’s daughter and healer, whose discoveries lead to great surprises for him. Their chemistry is hot, and their ’will they, won’t they’ relationship carries most of the plot. Minor characters play their roles, but always linked to Ailsa or Rory.

It’s the hidden secrets that add twists and turns to the plot, and you get a strong sense of mystery, which works really well.

However, there was some repetition and too much internalising for my taste, making it a slower read. With ’Warrior’ in the title, I’d have liked to see more external action, to challenge Hamish, for example, and the ending, following the revelations, wasn’t quite what I expected. It also seemed a little abrupt. However, all loose ends were neatly tied up.

The chemistry between Rory and Ailsa makes for riveting reading, and I would definitely recommend Secrets of a Highland Warrior to readers of Scottish romance, who will, no doubt, devour it.

Thank you to the author, Nicole Locke, and to Rachel of Rachel’s Random Resources for letting me read this intriguing novel. 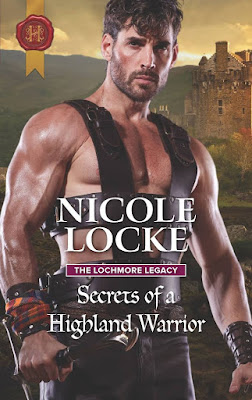 Secrets of a Highland Warrior

The key to his past…

…lies with the enemy sharing his bed!

Part of The Lochmore Legacy: a Scottish castle through the ages! Rory Lochmore had expected to wage battle, to claim land and finally secure his standing within his clan… Instead he won a wife. A McCrieffwife. Their convenient marriage could unite the two long-feuding clans forever. But can a political alliance give way to a passion strong enough to stand the secrets of the past?

Nicole is the author of Harlequin’s #LoversandLegends series and co-author of the #LochmoreLegacy series. Currently, she lives in Seattle and can be reached via Instagram, Facebook or Twitter. If you don’t hear from her, she’s eating Haribos and drinking copious amounts of tea while frantically trying to find a happily ever after.


*Terms and Conditions –Worldwide entries welcome.  Please enter using the Rafflecopter link above.  The winner will be selected at random via Rafflecopter from all valid entries and will be notified by Twitter and/or email. If no response is received within 7 days then Rachel’s Random Resources reserves the right to select an alternative winner. Open to all entrants aged 18 or over.  Any personal data given as part of the competition entry is used for this purpose only and will not be shared with third parties, with the exception of the winners’ information. This will passed to the giveaway organiser and used only for fulfilment of the prize, after which time Rachel’s Random Resources will delete the data.  I am not responsible for despatch or delivery of the prize. 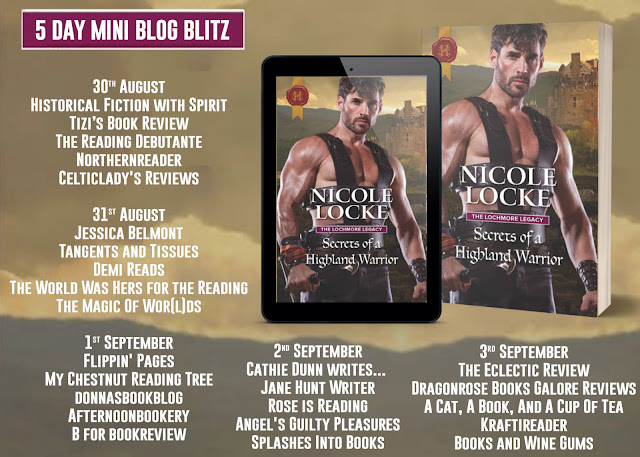