January 20, 2020
I'm delighted to share my review of 133 Hours, a fast-paced, gripping thriller by Zach Abrams. A big thank you goes to Rachel's Random Resources for the opportunity to join this publication day push tour.

Wow, what a rollercoaster! What can I say?

First of all, I must admit that I read 133 Hours in two sittings – meaning two very late nights spent reading! I rarely get to do this, and I enjoyed every minute of it.

Secondly, I don’t normally enjoy novels written in first person, nor do I like present tense in fiction. This novel has both, and yet I was hooked from the first page. The pace of the plot, the main character’s deeply-portrayed emotions, and the many twists and turns make this an unforgettable read.

I do love fast-paced thrillers, but this beats many I’ve read over the years. The pace is relentless, and at the end of each chapter (meaning: hour), you just want to read on.

We first encounter Briony at Glasgow Central Station, and immediately we sense that she’s in trouble. Something's not quite right. When she then arrives in work, her manager is ready to fire her – because  she looks a mess and she hasn’t been in work for three days without a word. Trouble is, Briony can’t remember a thing. Her last memory is of her working late the Friday before. After that – nothing.

Her colleague Alesha rushes to her aid and it is Alesha who accompanies a very distressed Briony to the police station where Briony’s best friend Jenny joins them. Briony struggles to come to terms with what might have happened. Imagine not knowing where you've been, or what happened to you! Was she abducted? Drugged? Or worse?

Putting her last movements together through messages, calls and questions over the following days, Briony goes through a whole palette of emotions, which are gripping you as you read. With the support of her manager, who offered her a place to stay once she realised Briony’s plight, and the help of her manager’s husband, a former detective, Briony eventually manages to piece together her 133 missing hours. But the truth comes as a shock to her.

The author weaves a credible tale around Briony, whose insecurities and fears are palpable throughout. We worry about her state of mind as she struggles to keep her nightmares from reality. The writing style is very close, very direct, and we go through all the motions with her.

133 Hours makes for nail-biting reading. Your breathing will adjust to the relentless pace, and I promise you that you won’t be able to put this novel down.

This novel is up there with the best. 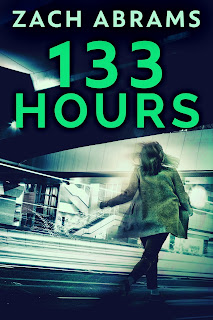 Arriving at work to find she’s lost more than five-and-a-half days (133 hours), Briony Chaplin, has no recollection of where she’d been or what had happened to her. She is distraught. Has she been ill, or had a breakdown, or could she have been drugged and abducted?
Doubting her own sanity, Briony is fearful of what she’ll find. Yet she’s driven to discover the truth. When she trawls her memories, she’s terrified by visions, believing she may have been abused and raped.
Assisted by her friends Alesha and Jenny, and supported by a retired detective, she’s determined to learn where she’s been and why.
Purchase Links:
http://mybook.to/133
https://www.amazon.co.uk/dp/B07ZT9VRF3
https://www.amazon.com/dp/B07ZT9VRF3

~~~
Author Bio:
Having the background of a successful career in commerce and finance, Zach Abrams has spent many years writing reports, letters and presentations and it's only fairly recently he started writing novels. "It's a more honourable type of fiction," he declares. 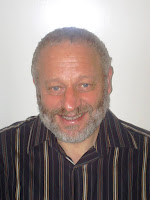 Writer of the Alex Warren Murder Mystery series, set in Scotland, Zach has also written the psychological thriller 'Ring Fenced' and the financial thriller 'Source', as well as collaborating with Elly Grant on a book of short stories.

Zach is currently producing a non-fiction series to help small businesses -using the collective title 'Mind Your Own Business'. The first, 'So, You Think You Want to be a Landlord' is already available.