A Highland Captive is *free*

February 21, 2020
Delighted to share that my award-winning historical Scottish romance, A Highland Captive, is *FREE* on Amazon today – and it’s busy climbing the Amazon charts.

On Amazon US, it’s currently in the overall #top90 and #1 in three different historical categories:

A Highland Captive is part of my Highland Chronicles series of novels set in historical Scotland during various times. Highland Arms was the first, and is available at 99p / 99c. The novels are all standalone.

"Really enjoyed this escape into a long gone time. Cathie Dunn takes you to the Highlands and Islands of Scotland on a hunt for a runaway lady who has a knack for getting herself and others in trouble." ~ Amazon reader review, Germany

"It’s a pacy story, mixing romance with politics, which is difficult to put down." ~ Amazon reader review 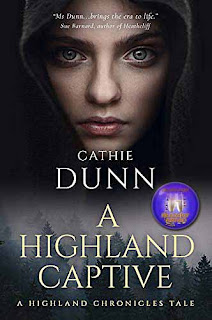 Cailean MacDubhgaill, a knight from a small western island fighting for the Scottish cause, joins the battle at Falkirk but is wounded when he takes a blow to the thigh by an axe. Sir Eòin de Moray, uncle to his late friend, the former guardian, Andrew, helps him escape the carnage and takes him into a nearby forest, but is killed whilst fighting off pursuers.

Once Cailean has recovered from his injuries with the help of the healer Brìde, he rushes to de Moray's manor on the northern shores of Loch Ness to convey the news to de Moray's daughter, Isobel, but he is too late. He finds the manor burnt down, its people displaced, and Isobel abducted. Determined to honour the knight who had saved his life, he tracks Isobel down.

Finding herself taken away from her home against her will, to be married off to an English lord in service to King Edward I, Isobel de Moray ponders her fate when a nighttime raid on the mercenary camp sees her freed - only to fall into the hands of a strong-minded knight. The stranger takes her to his keep on the remote island of Eorsa, to keep her safe.

But Isobel has other ideas...

Let me take you on a fast-paced ride across the beautiful islands and Highlands of Scotland in this tale full of intrigues, a fight for independence - and love.

Find it on Amazon!

Thank you for checking out A Highland Captive, and for making it such a success. 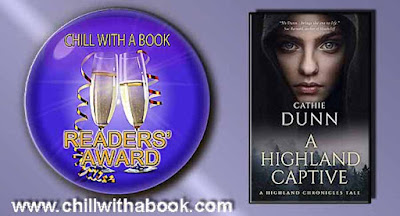