If you – like me – love Scottish romance, then you would have come across Anna’s fabulous novels before, so don’t hesitate to get your hands on this hot Highlander!

Reaching for the Stars! by Anna Campbell
Hi Cathie! Thank you so much for having me as your guest today to talk about some of the inspirations behind my latest release The Highlander’s English Bride, which is book 6 in my Lairds Most Likely series.
Back in 2010 (which seems a ridiculously long time ago now!), I read the most wonderful book about the scientific, intellectual and artistic revolution that took place during my historical period of choice, the Regency. While the official Regency only lasted from 1811 to 1820, when the future George IV took over as regent from his mad father George III, in historical romance terms, pretty much anything from the French Revolution to the accession of Queen Victoria in 1837 counts as a Regency Romance. My books are generally set in the teens/twenties of that longer period. 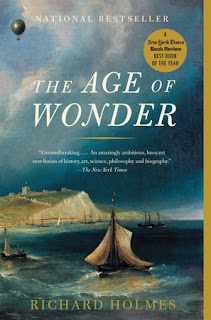 The book was The Age of Wonder: How the Romantic Generation Discovered the Beauty and Terror of Science and it’s by Richard Holmes. It was published in 2009 and because I’ve been a long-term fan of Richard Holmes’s biographies, I must have snatched it up the minute it went into paperback. And found myself absolutely enthralled. It was the kind of book that gave me a thousand ideas for future stories. All I needed was time to write them!
When I came up with the concept of three roguish Scottish lairds who fall in love very much against their inclinations, I decided to make one of my heroes an astronomer. Hamish Douglas, Laird of Glen Lyon, is a mercurial, larger-than-life character who starts out by discovering a comet and ends up finding a new moon for Saturn (sadly some other blackguards collected the credit for that about 20 years after my book was set – there was clearly a major scientific injustice there!).
I used a lot of detail that I picked up from The Age of Wonder to flesh out Hamish’s world. Famous scientists like Sir Joseph Banks and Sir Humphry Davy are characters and Hamish speaks admiringly of his hero, William Herschel, who discovered the planet Uranus late in the 18th century.
Even better, my heroine also has scientific ambitions and that allowed me to play with how difficult it was for a woman to make a scientific career in this period. Difficult, but not impossible. William Herschel had a brilliant sister, Caroline, who was elected an honorary member of the Royal Society. Caroline discovered numerous heavenly objects, including a number of comets and was acclaimed for her astronomical work in her lifetime. Emily Baylor, the English Bride of the title, seeks to emulate Caroline, just as Hamish seeks to emulate William. It was nice to keep it all in the family!
This book also allowed me to revisit fond memories of visiting the Scottish islands. I started The Highlander’s English Bride in 2019 when I was on a writing retreat on the beautiful island of Eigg off the west coast of Scotland. One of the loveliest things about staying in the Hebrides is that because of the low levels of light pollution, the stars at night burn like fire. A spectacular sight, when you’re lucky enough to get a clear sky there! It was so satisfying to give Hamish and Emily not only a hard-won happy ending, but their own observatory on the west coast of Scotland where they could continue their discoveries in mutual harmony!
~~~ 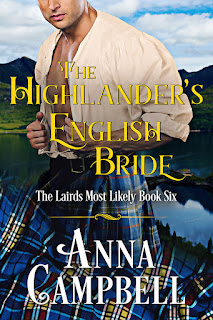 Hamish Douglas, the mercurial Laird of Glen Lyon, has never got along with independent, smart-mouthed Emily Baylor. Which wouldn’t matter if this brilliant Scottish astronomer didn’t move in the same scientific circles as Emily and if her famous father wasn’t his mentor. But when Emily looks likely to derail the event which will make Hamish’s career, he loses his temper with the pretty miss and his recklessness leaves her reputation in ruins.

A marriage made in scandal…

Emily has always thought her father’s spectacular protégé was far too arrogant for his own good. But what is she to do when the only way she can save her good name in society is to wed the unruly laird? Reluctantly she accepts Hamish’s proposal, but only on the condition that their union remains chaste. That shouldn’t be a problem; they’ve never been friends, let alone potential lovers – except that after they marry, Hamish reveals unexpected depths and a host of admirable qualities, and he’s so awfully handsome, and now the swaggering rogue admits that he desires her…

From the ballrooms of London to the grandeur of the western Highlands, a battle royal rages between these two strong-willed combatants. Neither plans to yield an inch – but are these smart people smart enough to see that sometimes the greatest victory lies in mutual surrender? 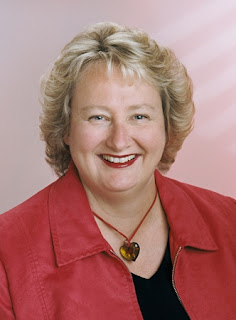 I live on the east coast of Australia and I write historical romance for a living. So far, I’ve had 35 books released, a mixture of traditionally published titles with HarperCollins and Hachette, and my indie releases which have included two substantial series, The Dashing Widows and The Lairds Most Likely. Writing full-time is a dream come true. I was the kind of kid who always had her nose in a book – I still do when I get the chance! So producing stories for people from all around the world to read is my definition of the perfect job. To date, my books have been translated into 24 languages, which proves that love really is the universal language!
At present, I’m winding up the Lairds Most Likely series which began in 2018 with The Laird’s Willful Lass. After The Highlander’s English Bride, I’ll release The Highlander’s Rescued Maiden and a Christmas story called The Highlander’s Christmas Lassie. In 2021, I’m planning on returning to London and society glamour and scandal with a brand-new series that I’m really excited about. Watch this space!
~~~
Thank you, Anna, for such an interesting post. I’ve never given much thought to the scientific changes during those days. Wishing you much success with The Highlander’s English Bride and your series!