In the meantime, find the blurb and an intriguing teaser from Crusader’s Path below. Enjoy! 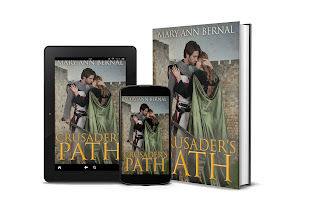 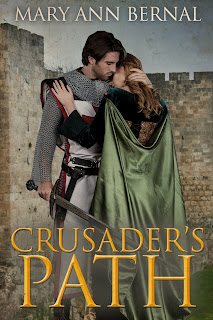 At first light, Avielle headed to the Bishop’s residence. She had not requested an audience and was surprised to receive such a command. She wondered why the Bishop wanted to see her. Perhaps, to change her mind about joining Duke Robert’s Army? Or he might wish to thank her for serving the Lord’s flock all these months or having the foresight to build the new hospital or both?
Unless I still require the Bishop’s approval for joining His Holiness’s campaign?
The Bishop rarely stayed in his assigned quarters at the Abbey, preferring to conduct church business on the grounds given to him by the Emperor. The small fortification was not far from the royal palace and was guarded by soldiers who had sworn their allegiance to him and not to the ruler of the Byzantine Empire.
Avielle paced herself, a long journey on foot, shorter if she had a donkey, faster if she had a horse. She pulled back her hood as the sun rose in the morning sky, regretting having worn the cloak at all once the heat of the day warmed the land. As Avielle reached the palace gates, she noticed soldiers holding the reins of six horses. She stopped when she saw the red flag with two leopards hanging listlessly on a lance. Should she stay, hoping to see the knight who had caught her eye or continue on her way? One did not keep the Bishop waiting!
At that moment, Duke Robert and his men crossed the courtyard. They mounted the horses in silence, riding slowly into the street. Etienne moved with his animal, as if they were one, riding on the side of the road where Avielle stood. She looked up, her face glowing when their eyes locked. A brief moment without words, a memory to reflect upon in the night, when unable to sleep. Avielle did not move, watching the knights returning from whence they came, and holding her breath when Etienne turned around, not once but twice before disappearing from her view.
If he is Duke Robert, he posed no threat, but if not?
A soldier Avielle had tended to at the hospital found her and offered to be of service.
“The Bishop expects me at his residence; I must not keep him waiting.”
“Ride with me,” the soldier said. “I am driving a cart filled with supplies for the Bishop’s kitchens.”
During the short journey, Avielle questioned the unsuspecting soldier about the leader of the Army encamped in the fields. She mentioned seeing six knights and could he identify any of them.
“I know only one name other than the ducal lord. A favored knight, who is called Etienne. They leave soon for the Holy Land.”
Etienne, is that who you are? Why do you haunt my thoughts? 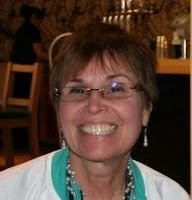 Mary Ann Bernal attended Mercy College, Dobbs Ferry, NY, where she received a degree in Business Administration. Her literary aspirations were ultimately realized when the first book of The Briton and the Dane novels was published in 2009. In addition to writing historical fiction, Mary Ann has also authored a collection of contemporary short stories in the Scribbler Tales series and a science fiction/fantasy novel entitled Planetary Wars Rise of an Empire.

Mary Ann is a passionate supporter of the United States military, having been involved with letter-writing campaigns and other support programs since Operation Desert Storm. She has appeared on The Morning Blend television show hosted by KMTV, the CBS television affiliate in Omaha, and was interviewed by the Omaha World-Herald for her volunteer work. She has been a featured author on various reader blogs and promotional sites.