July 28, 2020
Today, it’s my turn on the Historical Writers’ Forum ’Momentous Events’ Blog Hop. I’m very excited about that! There have been some fantastic posts already by your favourite historical fiction authors, so make sure to visit their blogs too. You’ll find the full list at the bottom of this page.

I’m going to take you to Paris, and – via the dark quartiers of that city – to the Versailles of King Louis XIV. (Incidentally, the setting of my current work-in-progress.)

Not all was bright and breezy in the Sun King’s realm. Courtiers vied constantly for the King’s attention. If you happened to fall out of favour, you might end up losing your life. And ladies tried desperately to make him fall (or stay) in love with them. They did this by using potions. But more of that later.

In 1675, Mary-Madeleine Dreux d’Aubrey, the Marquise de Brinvilliers was accused of poisoning first her father, then later her two brothers. With the help of servants, the poison was administered to the men's food and drink, and they had no idea what caused them to feel ill. If they had a suspicion, none lived long enough to share it...

It only came to light when her partner in crime – and lover – Sainte-Croix died unexpectedly (of natural causes. I know, how unfortunate!) in 1672, leaving behind a locked box with an account of their deeds. It’s somewhat ironic that he died naturally, given he’d kept the box in case of his sudden demise by poison.


The crafty Marquise fled first to England, then the Netherlands, where she was finally caught by a man in service to La Reynie, the Lieutenant General (the chief of police), in Paris. On 17th July 1675, she was tortured with the ’water cure’ – by being made to drink sixteen pints of water. As a result, she finally confessed. As a lady of the gentry, she was then beheaded with a sword, rather than an axe, then her body was promptly burned on a pyre, and her ashes thrown into the Seine. This was going quite some way to eradicate her completely!

It must have sent shockwaves around Paris, and I’m sure the gossip at court in Versailles was full of the sauciest details. But as it turned out, this was only the beginning.

In 1677, a fortune teller called Madeleine de La Grange was arrested for murder. She appealed to Louvois, the King’s Secretary of State, claiming she knew of several high-profile courtiers who were involved in the dirty trade of potions, poisons – and black masses. Louvois had no choice but to warn the king and the Lieutenant General.

La Reynie duly instigated investigations. A flurry of arrests of other fortune tellers and alchemists led to a list of people who’d bought poisons from them with the idea to rid themselves of rivals or unwanted family members. The plot thickened with the arrest of a midwife, Catherine Monvoisin called La Voisin, in early 1679. The timing was fortunate, as she’d been planning to kill the king!

The order had apparently come from the king’s long-term mistress, Madame de Montespan, but La Voisin never claimed her to be her client. The midwife was not subjected to torture, as it was feared her revelations would make it to the public. Only after her execution did her daughter and associates confirm suspicions.

In April 1679, La Reynie established the Chambre Ardente, the ’burning chamber’, where trials would be held until it was closed in 1682 on the King’s order. Too many famous names had by then appeared on lists of suspects, and he did not want them revealed to the public. The scandal!

As regards Madame de Montespan, her star was waning at the time. She’d used La Voisin’s services over several years, buying potions she sprinkled into the king's food, and taking part in black masses (likely involved abducted or unwanted babies) to bind him to her. Now, she was turning more and more desperate.


None had much effect, and some people might feel a smidgeon of sympathy for her. Throughout their ’relationship',  Louis was seeking his pleasure elsewhere, and having borne him several children, her figure had become fuller. She’d also become too blatant in her demands to the King, which may have put him off.

Several other well-known persons of court were revealed: for example, the Countess of Soissons and her sister, the Duchess of Bouillon, and the Duke of Luxembourg, Marshal of France and one of Louis’ most important and successful generals. Luxembourg was arrested and taken to the Bastille, but on his release in 1680, he resumed his role without question.

Olympia Mancini, Countess of Soissons, appeared to have loved intrigues. She sought to poison another of the King’s mistresses – Louise de la Vallière. As a result, she was banned from France, spent some time at the Spanish court until she was suspected of intending to poison the Spanish Queen, and ended her life in Brussels, travelling to London regularly to visit her sister who was King Charles II’s mistress. Her son, Prince Eugene, joined France’s enemies, the Habsburgs, and became a successful and famous general fighting the French.

Her sister, the Duchess of Bouillon, was accused of wishing to poison her husband, but when she was summoned, she appeared with both her husband and her lover, claiming any such mention had been a silly jest, and her husband’s presence proved her innocence. She was ’only’ banished to the countryside and was allowed to return to court later. But the damage to her reputation was done.

Most ’ordinary’ people, however, that were arrested (and there were hundreds!) were either executed or sent to remote strongholds under a ’lettre de cachet’ - a carte blanche to make them disappear forever. They were not allowed to speak to anyone, and would never be released. Others were sent to work on galleys, while some were released without further charges.

In 1682, the trials were wrapped up. Louis didn’t want any further scandals linked to his court. He’d learnt his lesson. By that time he’d distanced himself from Madame de Montespan, and he had objected against digging up La Voisin’s garden to see if it indeed contained the bones of unfortunate infants.

For years, I’ve wondered if some poor soul who owned her property, maybe decades or a century later, would have come across tiny bones buried beneath the ground...


I hope you’ve enjoyed reading about the intrigues during Louis XIV’s reign. There are several excellent novels and non-fiction books if you want to do further reading. (I did after reading Judith Merkle Riley’s brilliant novel, The Oracle Glass, many years ago.) You’ll find them if you search for Affair of the Poisons.

My current WIP is set during that time. Fleur, a young lady, is seduced at court. After giving birth in a convent, the midwife hands the infant to a priest and tells Fleur her son was born dead. So why did she hear him cry as he was carried away? I’ll be sharing snippets soon, so do stop by again!

Thank you for visiting me on my turn in the Historical Writers’ Forum ’Momentous Moments’ Blog Hop. Feel free to check out interesting and varied posts by these historical fiction writers: 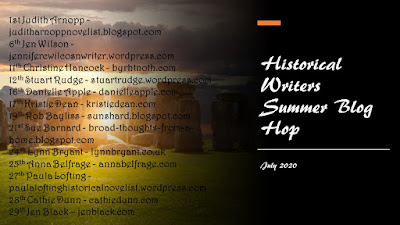