Review: The Rebel Heiress and the Knight by Melissa Oliver

July 03, 2020
Today, I have the pleasure to review The Rebel Heiress and the Knight, the debut novel from author, Melissa Oliver.

My thanks to Rachel’s Random Resources for a copy of the novel.

An heiress with a secret. A knight loyal to his king. A secret that could tear them apart.

When Hugh de Villiers is sent north, to visit the lady of Tallany Castle about some outlaws that steal money from the king's tax collectors, little does he know the real reason King John sent him there – to marry the widow. Shocked, but also intrigued by the beautiful, headstrong widow, Hugh does as he is bid.

Eleanor of Tallany does not want to wed, but finds she has no choice. Her first husband mistreated her, and she'd managed very well on her own. But she acquiesces and marries Hugh, even though she carries a secret with her that he must never know.

I thoroughly enjoyed this fast ride through medieval northern England. The author has clearly done her research, and you get a real sense of place and time. Characters are well-defined: Hugh the steadfast follower, who stands by his king despite of what he sees around him. Eleanor the rebel, whose secret could lead to her execution.

The chaos and dangers during King John's later reign are made very clear, but not overpowering the storyline, and the story progresses at a fast pace that has you turning the pages. A real treat for readers of medieval romance.

The Rebel Heiress and the Knight is a medieval rollercoaster of a novel. Highly recommended! 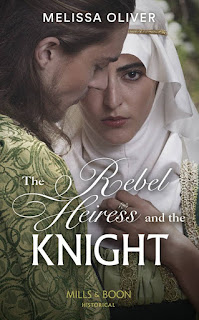 The Rebel Heiress and the Knight

She must marry the knight

By order of the king!
Widow Eleanor of Tallany Castle knows her people are broken by the taxes demanded by King John. So when she’s ordered to marry Hugh de Villiers, a knight loyal to the king, she’s furious—even if he is handsome!
As gallant Hugh begins to heal the scars of Eleanor’s abusive first marriage, she’s even more determined to keep her secret: she is the outlaw the king wants to send to the gallows! 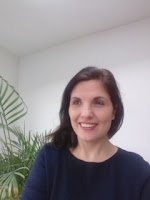 Growing up in Richmond- Upon-Thames, Melissa Oliver used to walk past the old Mills and Boon offices as a teen, and wistfully sigh that one day her dream of writing for them will come true.
Amazingly, after all these years, it finally has, and now she can bring all those stories out onto the pages of her books.
Melissa lives in south-west London with her gorgeous husband and equally gorgeous daughters, who share her passion for castles, palaces and all things historical.