August 05, 2020
I’m thrilled (yes, quite literally) to share my review of Murder Ahoy!, a quirky whodunit at sea, by Fiona Leitch. My thanks to Rachel’s Random Resources for a copy.
Raise the gangway and be off on a fabulous and fun ride across the Atlantic!

Murder Ahoy! is a highly entertaining murder mystery set on a cruise ship where crime writer Bella Tyson’s life suddenly reflects her fiction.
Bella was booked to take part in a murder mystery play on board, together with two other famous authors. However, when she arrives she discovers that it’s not Peter James she’s teamed up with, but her gorgeous but no-good ex-husband, Joel Quigley, and the diva of crime writing, Louise Meyers. Both are no friends of hers, and Bella begins to dread her decision...
All set up their little groups of participants, and the murder mystery tour is ready to start. But when amidst the fake bodies a real body turns up, Bella becomes the main suspect. To the Head of Security on board it’s a clear-cut case. But as the body count increases, Bella's current husband Will, an ex-detective, begins to investigate, and suddenly it’s not so obvious ’whodunit’.
Murder Ahoy! could be described as a ’murder mystery meets chick lit’. The narrative is quirky, with a dry sense of humour and self-deprecation, but it’s also a clever mystery with plenty of red herrings. The setting on a cruise liner is realistic, and the characters strengths and weaknesses are wonderfully exposed.
Although I had an idea early on as to who the killer was, I enjoyed the read to find out how Bella and Will discover the truth. As for the murderer and their reasons? Well, you’ll have to read the book!
I’ll be looking out for other books in this new series. A highly recommended read.
~~~
Blurb: 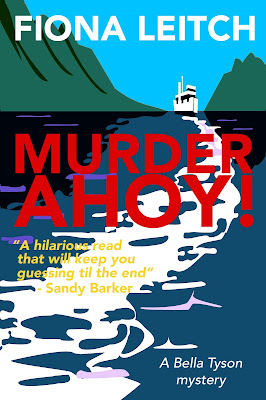 Famous crime writer Bella Tyson is hired to co-host a Murder Mystery cruise, on a luxury liner sailing from Southampton to New York. She’s expecting an easy ride; fun and games, surrounded by amateur sleuths and fans of her books, all the while staying in a deluxe cabin and enjoying the spa and the amazing restaurants on board, culminating in a visit to one of her favourite cities in the world - the Big Apple.

She’s NOT expecting to be stuck on a boat in the middle of the Atlantic with her two least favourite people in the world, her hot but unfaithful bastard ex-husband Joel Quigley and fellow crime writer, bitch goddess and Twitter frenemy, Louise Meyers. And when real live dead bodies start turning up - as well as fake not-really-dead bodies - Bella’s dreams of being pampered on the high seas turn sour.

Accused of a murder she would have liked to commit but didn’t, and helped (or hindered) by a gang of unlikely detectives, can Bella find out who the real murderer is before the ship reaches its destination and New York’s finest drag her off? 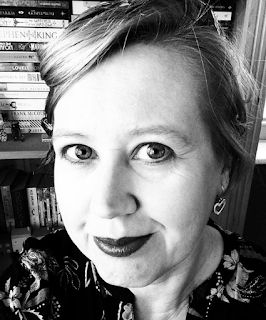 Fiona Leitch is a writer with a chequered past. She's written for football and motoring magazines, DJ'ed at illegal raves and is a stalwart of the low budget TV commercial, even appearing as the Australasian face of a cleaning product called 'Sod Off’.

After living in London and Cornwall she's finally settled in sunny New Zealand, where she enjoys scaring her cats by trying out dialogue on them. She spends her days dreaming of retiring to a crumbling Venetian palazzo, walking on the windswept beaches of West Auckland, and writing funny, flawed but awesome female characters.

Her debut novel and first in the Bella Tyson series, ‘Dead in Venice’, was published by Audible as one of their Crime Grant finalists. Fiona is represented by Lina Langlee at the North Literary Agency. 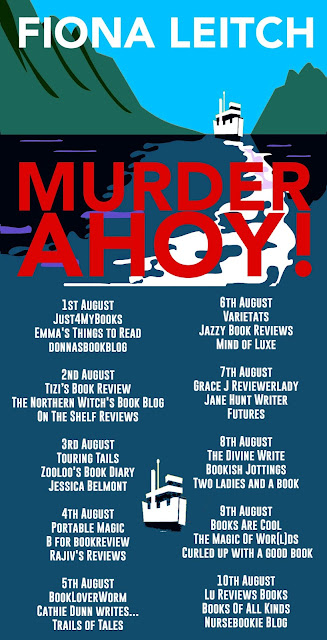