I’m thrilled to share an excerpt today from a novel I had a sneak peek at, and thoroughly enjoyed: The Unquiet Spirit by Penny Hampson. If you love paranormal romantic mysteries with a dark side, this one's for you!

Dr Kate Wilson has moved down to Cornwall to live in the old house she’s recently inherited from her godmother. We meet her after a long day, she’s about to close the curtains and go to bed when something catches her notice.

Kate held her breath as a figure stepped out of the trees. Whoever it was moved in a furtive way, stopping and starting, as if afraid of being discovered. But what set Kate’s pulse racing was the fact that the figure appeared to be wearing a cloak – it was as if a drawing from a history book had stepped off the pages and come alive. The cloaked figure moved into a shaft of moonlight and that’s when Kate gasped. She could see straight through the apparition to the trees and shrubs beyond. As if aware that it was being observed, the figure turned and an arm beckoned, gesturing Kate to follow. Kate swallowed. Not bloody likely. She blinked hard and looked again. The figure had vanished, and the driveway was deserted.

Kate stepped back from the window and drew the curtain across, still not quite believing what she’d seen. It had to be someone playing a trick. She considered calling the police and reporting a prowler, then decided she’d be better off waiting until morning. Whoever it was wouldn’t be able to get into the house, not with the new locks, and besides, if they tried again she would be ready for them. She checked one more time that everywhere was secure and headed up to bed. Once upstairs, she placed the chair against the door again, and after preparing for bed, switched off all the lights. Going over to the window, she peered through the curtains, but couldn’t see very much, the moon now being obscured by clouds. Her hearing told her that nothing was stirring outside, only the odd hoot of an owl in the distance a reminder that some creatures were awake. She shivered and returned to her bed. It was some time before she fell asleep. 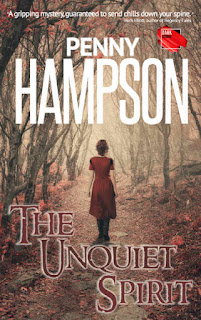 A new beginning. A house with a past. A man with secrets.

It was a dream come true…that turned into a nightmare.

Kate Wilson thinks moving back to Cornwall might be the answer to her prayers. But it isn’t long before she begins to have doubts. Is the house she inherited from her godmother haunted? Or is she going out of her mind? With a stalker, threats, and attempted break-ins, Kate’s troubles multiply.

Then there’s her enigmatic neighbour, the brooding Tom Carbis; a man with secrets he doesn’t wish to share. Can she trust him when he says he wants to help?

In her quest to unravel the mysteries surrounding her, will Kate uncover more than she bargains for?

Set in beautiful Cornwall, The Unquiet Spirit is a gripping suspense with paranormal and romantic elements. Fans of Barbara Erskine will enjoy this tale.

Some time ago Penny Hampson decided to follow her passion for history by studying with the Open University. She graduated with honours and went on to complete a post-graduate degree. 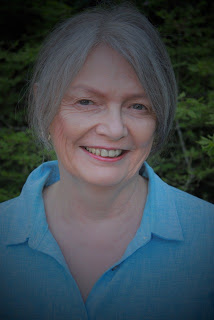 Penny joined the New Writers’ Scheme of the Romantic Novelists’ Association and  three years later published her debut novel, A Gentleman’s Promise, a  historical mystery/romance. Other books in the same genre soon followed.