Fancy a free Kindle read? Ascent , the first in my new House of Normandy series,  is *free* to download  on June 8th & 9th! "A wonderful heroine" ⭐⭐⭐⭐⭐ Discover the emergence of a new, powerful dynasty, the House of Normandy, in Ascent , a fictionalised story of Poppa of Bayeux, handfasted wife of Rollo (Hrólfr) the Viking! Blurb: A brutal Viking raid heralds the dawn of a new, powerful dynasty – the House of Normandy Neustria, Kingdom of the West Franks AD 890 Fourteen-year-old Poppa’s life changes when Northmen land near Bayeux. Count Bérengar, her father, submits to them, and she is handfasted to Hrólfr, the Northmen’s heathen leader, as part of their agreement. To her relief, Hrólfr leaves immediately in search of further conquest, only returning to claim her years later. In the face of retaliating Franks, they flee to East Anglia, where she gives birth to their son and daughter. When Hrólfr and Poppa return to reclaim Bayeux, his new campaign strikes at the heart o
Post a Comment
Read more 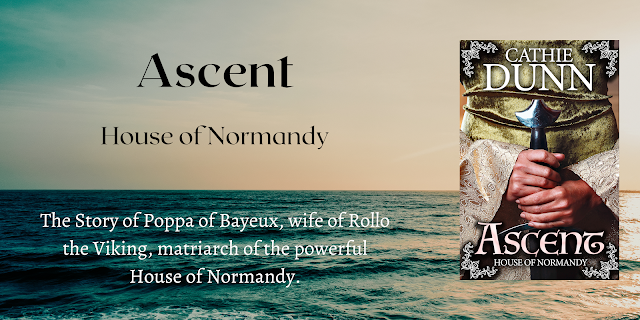 I'm so thrilled to share my latest release with my followers: Ascent , the story of Poppa of Bayeux. Set in the early days of the new county of Normandy, it's a tale of danger, adversity, and love. Ascent is the first in a new series, House of Normandy , detailing the lives of the women behind the famous men who forged Normandy. Little is known about them, so I made it my task to bring them back to life. Whilst the series is fictional, I include real events, which they likely witnessed or heard of.  Poppa of Bayeux is a fascinating woman. Following a Viking raid on Bayeux by the (in)famous Rollo, she is wed to him in the Danish custom – by handfasting outside Church grounds. She must have been very young – too young to bear children, as their son and daughter were both born years later. Statue of Poppa of Bayeux, Wikimedia Commons, Public Domain The Catholic Church had little to do with it, and although priests were not happy, they still accepted it in the early days. That did
Post a Comment
Read more

I'm delighted to host historical fiction author and good friend, Vanessa Couchman , on my blog today. Not only is Vanessa an exceptional writer – her stories are full of intriguing plots and dramatic settings –, she is also a fellow author with Ocelot Press , our successful author cooperative.  In her Tales of Corsica series, Vanessa brings historic the island of Corsica to life in her immersive novels, The Corsican Widow  and The House at Zaronza .  This June, The Corsican Widow is Book of the Month in our Ocelot Press Readers Group on Facebook. Feel free to join us there for our latest news and chats, and some great giveaways! But now, discover her inspiration for the novels, and prepare to follow Vanessa to Corsica! The Corsican Widow Vanessa Couchman Historical Fiction An inspiring Corsican village The island of the island  Corsica is a place apart, but the peninsula of Cap Corse has an even more distinctive feel. Corsicans call it “the island of the island”. The village of N
1 comment
Read more

New Release Spotlight: Shh... It's our Secret by Lizzie Chantree 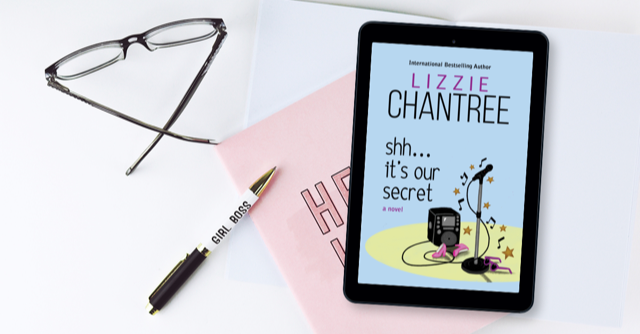 Many congratulations to my author friend, Lizzie Chantree ! Her latest fabulous novel, Shh... It's Our Secret , is released today. May it soar up the charts! Here's Lizzie telling us a bit more about her new book baby. Make sure to check it out!  Shh… It’s Our Secret Lizzie Chantree Women's Fiction Thank you for inviting me onto your blog today. I’m thrilled to be sharing details about my latest book, which is called Shh… It’s Our Secret .  Conception behind the Story:  This story is about what someone would do to help people they love, even if it means huge changes to their own life. The main character, Violet has lost her parents and has a boyfriend who tells her she’s useless. She has an amazing talent, but hides it because she doesn’t have self-belief.  A chance encounter with Kai gives her the opportunity to help her local community, who have become her family, but that means having faith in herself. She doesn’t search for limelight, but it finds her anyway. The story
1 comment
Read more

Today it’s my turn on the fabulous  Historical Writers Forum Blog Hop , and I have a truly scandalous treat in store for you! So grab yourself a cup of tea or coffee, or a nice glass of Pays de la Loire –  have a sniff or taste first to see if it's safe to consume – then follow me to Paris in the late 17th century!  King Louis XIV reigns supreme from his ever-expanding and brilliantly glittering palace of Versailles, leaving his capital city of Paris and his old palace, the Louvre, behind. In fact, the king detests Paris! It's dirty, there are too many poor people knocking on the gates, and it's crime-ridden! As newly installed streetlights banish the shadows in some of the more affluent areas, there is still an underworld of well-organised criminals operating across the city. Poverty is high, and the many midwives, fortune-tellers and alchemists in town are looking for a more lucrative way of making ends meet.  So they found a handy way for despised husbands or wives, or h
Post a Comment
Read more
More posts