Showing posts from August, 2019
Show All

I'm delighted to take part in romance author  Laurie Benson ’s review blog tour for her new release, Mrs Sommersby's Second Chance , at Rachel's Random Resources – and what a pleasure it was to read this beautiful romance! Review: A historical romance with a difference Clara Sommersby is a fiercely independent widow who, cleverly, invested money in a ’shocking' way rather than tread the usual fate of widows, becoming a companion or remarrying swiftly. As such, she has learnt her lessons from life with her late husband, and she vows never to depend on a man again – or to marry again, for that matter. William Lane's humble background as a foundling – a baby dropped off at the Foundling Hospital in London without any trace of his family –  and subsequent apprenticeship at a bank has led him to become a determined self-made businessman in his own right, yet fully aware of the conventions of the day. His past is like a chip on his shoulder, so instead
Post a Comment
Read more 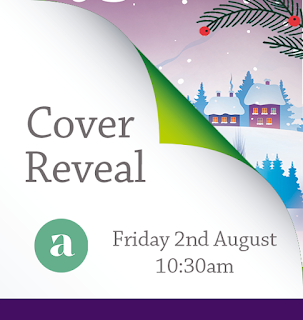 Today, I'm taking part in an exciting Cover Reveal that gets me right into the Christmas mood! Thank you to  Rachel's Random Resources . Join us for a unique unveiling of award-winning author Samantha Tonge 's upcoming novel, The Christmas Calendar Girls !  With Christmas approaching (yes, I know – but we are in August already, a mere four months away!), it looks like your autumn reading is sorted. And wouldn't it just make the perfect Christmas gift? So...ta da... What do you think? Isn't it gorgeous? The Christmas Calendar Girls This Christmas fall in love with the town of Chesterwood... Christmas is meant to be a time of giving, so with Chesterwood food bank under risk of closure Fern knows just what to do to save it. She's going to get the town to create a living advent calendar. Fern, and her best friends, call for help from the local community to bring this calendar to life. When Kit, the new man in town, offers his assistance Fer
Post a Comment
Read more
More posts