Showing posts from May, 2020
Show All 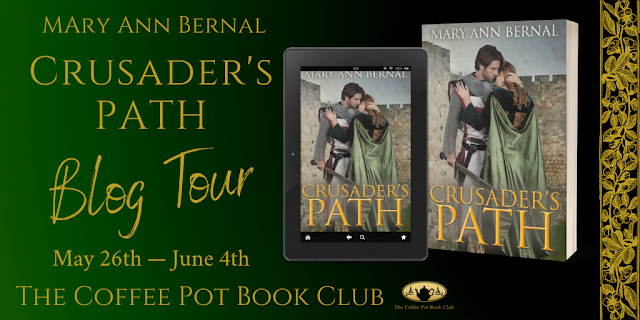 Today, I’d like to introduce you to another read I can highly recommend: Crusader’s Path by Mary Ann Bernal ! I’m delighted to take part in this blog tour organised by The Coffee Pot Book Club.  Crusader’s Path is a gripping historical novel that goes into great detail – a real treat for those with an interest in the First Crusade and the late 11th century in general. We meet several characters along the way, all with their own burdens: Avielle: A young woman with the skills of a healer. When she falls in love with Gideon, a young Jewish man in denial about his religious heritage, she sets a series of events in motion that lead her to join Peter of Amiens on his crusade.  Etienne: A young knight, landholder and liege man of Robert Curthose, Duke of Normandy, at whose side he remains rather than looking after his estate. Unable to stay in the confines of his home and marriage, Etienne follows the duke’s call to go on crusade.  Duke Robert of Normandy: Always fighting
2 comments
Read more

I'm delighted to share my review for Nicole Locke ’s latest title Warstones saga: Captured by Her Enemy Knight ! This isn't the first novel in the series that I’ve read, and I’ve enjoyed this as much as previous titles, even though this has a very different slant. Cressida is no ordinary woman: she is an archer, trained by her father to do only one thing: kill. Over the years, she follows his orders, getting rid of his enemies without blinking. But when he sends her to kill Eldric of Hawksmoor, she disobeys her father for the first time – and becomes the aim of his wrath. How could she tell him that she could not possibly kill the one man she has admired, at a distance, for years. Missing her aim intentionally, Eldric’s friends are killed, and Cressida is full of guilt.  When Eldric catches her unawares, he takes her hostage, intent to handing her over to King Edward, and to see her executed. But something about her stirs unknown feelings in him; her vulnerability, so a
Post a Comment
Read more 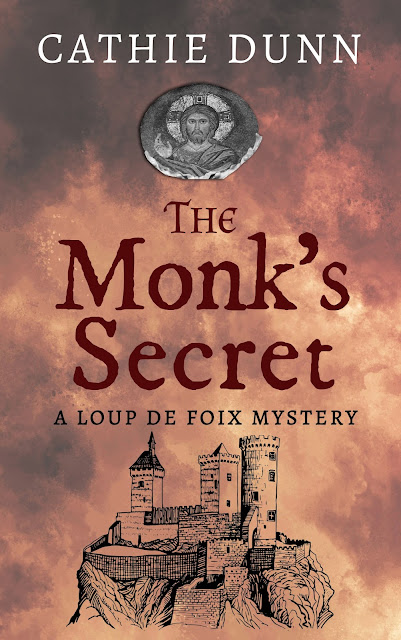 I’m so thrilled to share my new cover and the title of the first Loup de Foix Mystery with you: The Monk’s Secret Historical background: Loup de Foix was the illegitimate son of Raymond-Roger, count of Foix. The town of Foix lies in the south-west of France, and the counts held some sway, politically. Raymond-Roger in particular was known to be a flamboyant character, with an outrageous dress sense (for his time) and a glib tongue. He was a great orator, and his speeches are well-recorded. Raymond-Roger (’Roger’ in the novel, to avoid confusion with other Raymonds – a popular name at the time!) had at least four children: Roger-Bernard (’Bernard’ in the novel, for obvious reasons) and Cécile were legitimate. Amongst his illegitimate children were Loup and Esclarmonde (named after her famous aunt).  The count’s sister, Esclarmonde de Foix, was a well known Perfect in the Bon Chrétien  religious movement, now known as the Cathars. And his wife, Philippa, ran a house for
Post a Comment
Read more 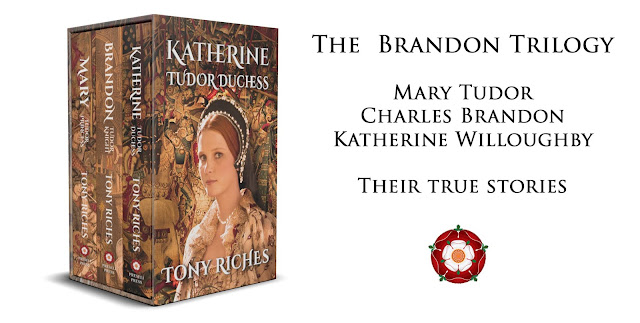 Today, I’m thrilled to welcome author Tony Riches to my blog. He’s sharing his Brandon Trilogy with us. Ever since I took a Tudor Studies module (online) at Exeter University 17 years ago, I've been keeping an eye on fiction involving the Tudors. Of course, there was the lavish TV series, where Henry VIII did not seem to age or grow bigger. But there are also many gripping, well-researched novels dealing not only with Henry, but also with those around him. I'll have to catch up on Tony’s series, as it looks intriguing. Meet three characters today:  ~~~ Would you dare defy King Henry VIII? Mary Tudor watches her elder brother become King of England and wonders what the future holds for her. Henry plans to use her marriage to build a powerful alliance against his enemies...  The Brandon Trilogy by Tony Riches Mary – Tudor Princess From the author of the best-selling Tudor Trilogy, the true stories of the Tudor dynasty continue with Mary Tudor, daughter of King H
Post a Comment
Read more
More posts