Showing posts from December, 2011
Show All

Sneak Peek at Dark Deceit - over at Historical Fiction Excerpts

I hope you've all had wonderful holidays. We've been lazy over the last few days after our hectic trip up north to the outlaws last week. More about that trip soon... For now, please join me as I post a preview of my upcoming release, Dark Deceit , over at Historical Fiction Excerpts ! I should have an exact release date soon. Whoot! Here's the blurb: On his return from battle at Lincoln, Geoffrey de Mortagne, undersheriff of Gloucester and spy for the Empress Matilda, assists a dying knight caught in an ambush. Promising to look after the welfare of the knight’s only daughter, Geoffrey stays at her manor while he investigates the murder. Keen to join the Empress on her progress through England, he is torn between his oath and his duty.  Left to defend her manor following her father’s death, Alleyne de Bellac at first accepts Geoffrey’s support. As she doesn’t trust the taciturn stranger, she asks Will d’Arques, an old friend, for help. But loyalties change. H
2 comments
Read more

Are you in Christmas mood yet? I am, even though there's not a snowflake in sight. Our Christmas shopping done early this morning, we just managed to escape the (unsurprisingly unhappy) crowds arriving to do the same. Now we can relax. Off to see the in-laws near Loch Ness tomorrow for a couple of nights - and dinner / Christmas lunch, then back home in time for Christmas eve. This year marks the first Christmas I won't hear from my Gran. She quietly passed away on 17th March, aged 91. So to honour her memory, I decided to bake for Christmas - for us, my mum, and my in-laws. Now, this doesn't happen every year. I'm no domestic goddess. But preparing everything for the cookies and cake, over several hours, and watch them take shape, was fun. Apart from discovering that I'd made the wrong dough for the type of cookies I wanted to bake. Hey ho! ;-) So I made buttery biscuits, covered in chocolate or icing, sprinkled with Hundreds & Thousands instead of the
2 comments
Read more 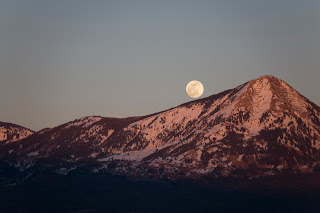 While many are out, jostling with the crowds doing their last minute Christmas shopping, we're still here at My Place with a warming cup of tea and a crackling fire. And talking cold seasons, our place today is spot on - somewhere I'd love to visit one day. So without further ado let me hand over to talented romance author, Jenna McClure. :-) Jenna McClure grew up in the urban south, but moved to Colorado to satisfy her desire for fresh air, mountains, lots of snow and wide open spaces. She became a vegetarian in 2003 after seeing a graphic film about animal cruelty. A long-time romantic, she has been reading romance novels since her sister introduced them to her as a teenager. She finally decided to merge her love of animals and studly men into a romance novel. She has been writing for over seven years. Jenna's favorite hobbies include digital photography, biking, hiking and an ongoing quest for her own novel-worthy hero. She daylights as a Project Manager for a
8 comments
Read more

December 17, 2011
Join me! I'm over at the Word Wranglers blog today, talking about writing, my novels, and authors who inspired me. Plus, discover which female in history I'd love to have lunch with, and what (or rather, who!) we'd be chatting about... See you there! ;-)
Post a Comment
Read more 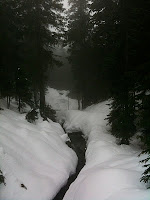 Grouse Mountain Today marks exactly a year since our return from our fabulous North America adventure. Visiting fab cities such as New York and Seattle, meeting my wonderful family in Idaho and Oregon for the first time (yes, very emotional) and enjoying the many varied impressions and sights along the way was quite an experience. But one place had the most impact on us and I wish I was there now... the city of Vancouver, Canada . On this day one year ago we left Vancouver and we still miss it. The different, yet familiar culture drew us in (have I mentioned the Canucks?). It's the top spot on our list of places we'd love to live. Wish I was here now... Vancouver, CA But today also marks the release of Janice Horton 's fab new novel, Reaching for the Stars , the story of Chef Finn McDuff who goes into self-imposed exile following a high flying career. Join Janice's blog party for a chance to win one of several lovely prizes: Janice Horton blog Discove
8 comments
Read more

My Place - Impetuous by Katherine Grey 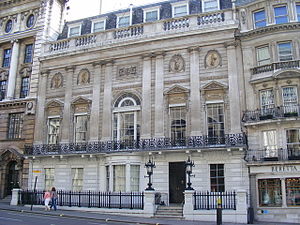 After a break last weekend, it's time for another visit at My Place. Today, I welcome historical romance author Katherine Grey. She explores the fashionable hub of Regency England, London. Over to you, Katherine... As a young girl, I loved all the fairy tales with Prince Charming in them – Snow White, Cinderella, and Sleeping Beauty to name just a few.  I think my fascination with the whole idea of Prince Charming led to my interest in England.  The royal family and all those dukes, earls, and such were the real life equivalents in my mind.  As a teenager, I spent many an hour devouring books on English history.  I read everything from biographies, to the “day in the life” type books, to books on military campaigns.  And then a friend’s mother introduced me to the novels of Jane Austen and Georgette Heyer.  My love and fascination with the Regency period was born and continues to this day. I primarily write historical romances set in Regency London, but hope to branch out i
8 comments
Read more

Yayyy, I'm bouncing. :-) I've received my cover for Dark Deceit . Love it! So dark and atmospheric... Dark Deceit , the first in The Anarchy Trilogy, is due out in early spring 2012 from Crooked Cat publishing . It tells the story of Alleyne de Bellac, left to defend her inheritance following her father's murder. Two men offer their assistance, but does she trust the right one? Or is she in danger of losing it all? Dark Deceit takes you from southern England to the heart of Normandy in a tale of murder, betrayal and politics. Can't wait to share it!
4 comments
Read more

December 08, 2011
I'm so excited! Dark Deceit , part 1 of 'The Anarchy' trilogy, will be released in spring 2012 through Crooked Cat publishing ! Crooked Cat is a new ebook publisher based in the UK. Dark Deceit weaves a tale of murder, changing loyalties, betrayal and hope. Set in Gloucestershire, England and Perche, Normandy, Geoffrey de Mortagne, undersheriff and staunch supporter of the Empress Matilda, returns from the Battle at Lincoln to witness an attack on a knight. During his investigations, he meets the knight's young daughter and offers his help. Keen to return to Matilda's side following King Stephen's capture, he is torn between duty and a promise he gave to a dying man. Left to defend her manor, Alleyne de Bellac accepts Geoffrey's assistance. But when she summons an old friend of her father's, she discovers how swiftly loyalties can change. Her life in danger, Alleyne must decide who to trust. In the end, will she trust the right man? Discover E
Post a Comment
Read more
More posts