Promo: Death in the Sound by Rhen Garland

Today, I’m featuring Rhen Garland’s new novel, Death in the Sound, the second instalment in her Versipellis Mystery Series. Thanks to Rachel at Rachel’s Random Resources for the details.

Death in the Sound; The Versipellis Mystery Series Book Two.
The year is 1900, responding to a desperate plea from an old friend, Elliott, Giselle, and Thorne, accompanied by Veronique the Labrador, travel from England to New Zealand to unravel a new and complex mystery. 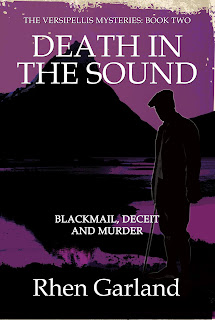 For his daughter’s twenty first birthday, Millionaire philanthropist Octavius Damant orchestrates a weekend party aboard the Taniwha, a luxurious paddle steamer moored in the primordial and isolated landscape of Milford Sound.
Several high society guests are invited to their remote home for the celebrations; Sir Wesley Eade, society lawyer and his beautiful but icy mistress Lady Leonora Carlton-Cayce, Dona Carla Riva, a flamboyant Brazilian dancer, and Carolyn Nolloth, O.D’s estranged sister-in-law who has a great love of other people’s money.
But O.D is the subject of persecution; a series of anonymous letters accuse him of past crimes and threaten the life of his daughter unless he gives in to their creator’s poisonous demands.
Elliott, Giselle, and Thorne discover the odds stacked against them when an unforeseen murder is committed, and they find themselves trapped aboard the Taniwha with a killer who will seemingly stop at nothing to achieve their ends.
As the body count rises, they must unravel the clues and piece together a devilish jigsaw that includes blackmail, extortion, desire, and the reappearance of the fabulous Larkspur Diamond, a gemstone with a past as murky and blood soaked as that of the relentless killer on board.
Set in the late Victorian era, with a touch of the odd, and a twist of the macabre, “Death in the Sound” continues the crime solving, paranormal escapades of Elliott Caine, Giselle Du’Lac, and Abernathy Thorne.
Book One, “A Portrait of Death” was released in 2018.
~~~
Purchase Links:
Kindle https://www.amazon.co.uk/dp/B082Q39R3H
Paperback https://www.amazon.co.uk/dp/1674868367
Amazon.com - https://www.amazon.com/dp/B082Q39R3H
~~~ 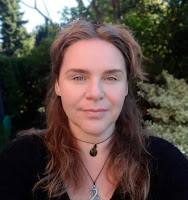 Author Bio – Rhen Garland lives in Somerset, England with her folk-singing, book-illustrating husband, approximately 4000 books, an equal number of ancient movies, and a large collection of passive-aggressive Tomtes.
She enjoys the countryside, peace, and Prosecco and the works of Ngaio Marsh, Glady Mitchell, John Dickson Carr/Carter Dickson, Agatha Christie, Simon R Green, and Terry Pratchett.
"I watch far too many old school murder mystery films, TV series, and 1980s action movies for it to be considered healthy."
"Death in the Sound" is a murder mystery thriller with paranormal touches set in late Victorian England and is the second book in the Versipellis Mysteries Series, book one “A Portrait of Death” was released in 2018.
~~~
Social Media Links – https://www.facebook.com/RhenGarlandMysteries
https://www.instagram.com/rhen_garland/
https://twitter.com/RhenWitch
https://rhengarlandkdp.wixsite.com/rhengarland
https://www.bookbub.com/authors/rhen-garland
https://www.goodreads.com/author/show/18718625.Rhen_Garland 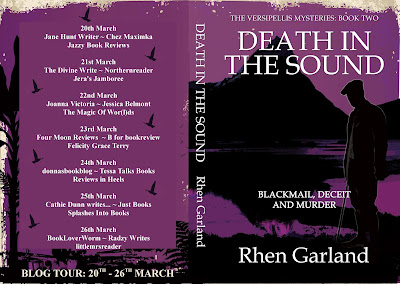